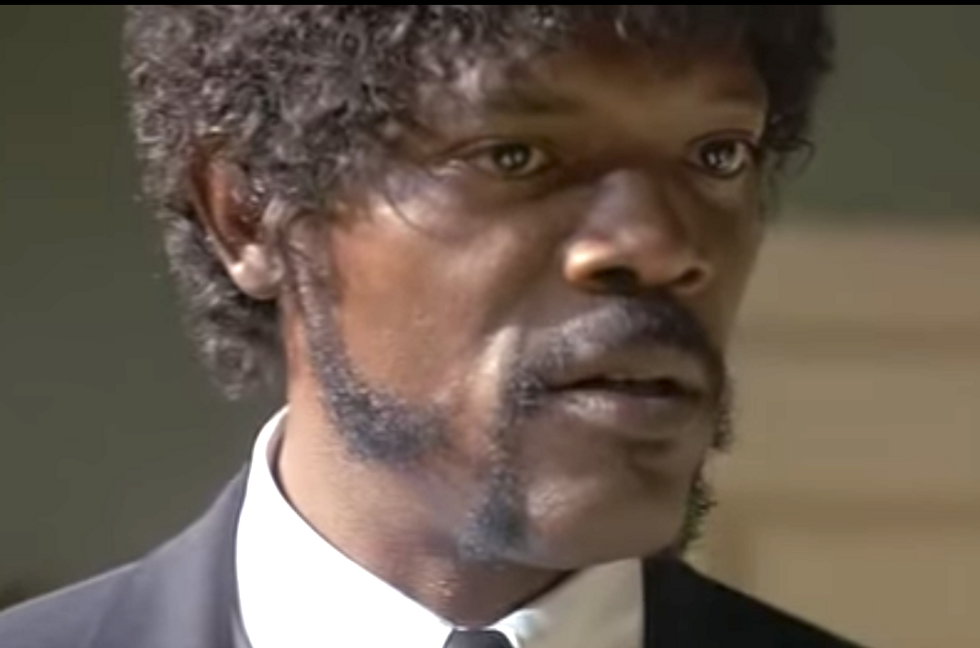 Actor Samuel L. Jackson -- star of the films Pulp Fiction and Django Unchained -- recorded a "Get Out the Vote" ad for Democratic congressional candidate John Ossoff, who is running in Georgia's 6th Congressional District for the seat vacated by newly appointed Health and Human Services Secretary Tom Price.

CNN reported that in the Democratic Congressional Campaign Committee (DCCC)-funded ad, Jackson called on voters to "stop Donald Trump, the man who encourages racial and religious discrimination, and sexism."

"Remember what happened the last time people stayed home," Jackson said. "We got stuck with Trump. We have to channel the great vengeance and furious anger we have for this administration into votes at the ballot box."

Jackson was referring to an iconic scene from Pulp Fiction in which his character Jules, a hit man, quoted the Bible's Book of Ezekiel before executing a small-time criminal who attempted to swindle Jules' boss.

Listen to the ad, embedded below: