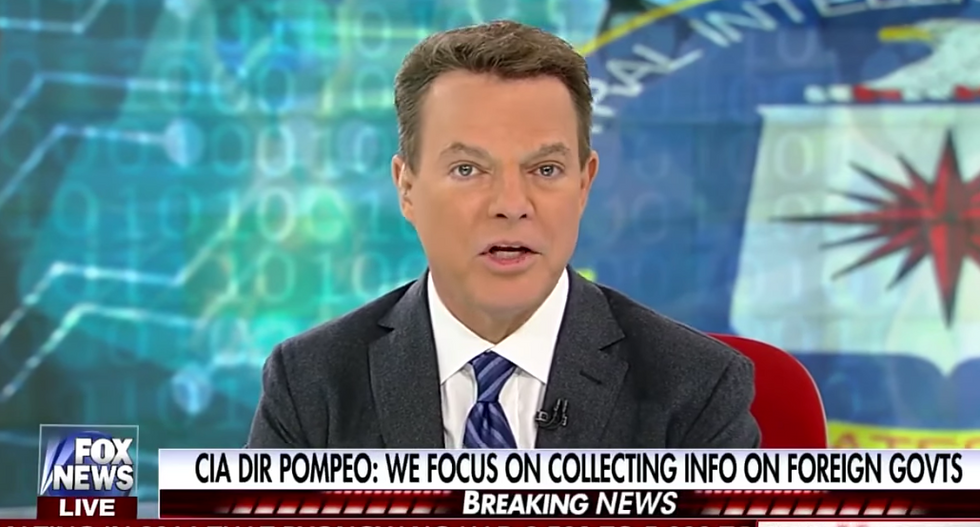 Fox News host Shep Smith on Thursday zeroed in on Donald Trump’s blatant hypocrisy regarding WikiLeaks, noting that while the president hyped the self-described transparency organization during the campaign, his administration is less-than-willing to express admiration for the disclosure site.

Speaking at the Center for Strategic and International Studies in his first public appearance as CIA director, Mike Pompeo lamented the WikiLeaks, brandishing it “a non-state hostile intelligence service often abetted by state actors like Russia.” Pompeo added the organizations mission is simple: “Personal self-aggrandizement through the destruction of Western values.”

Those sharp words from Pompeo contrasted with Trump’s public praise of WikiLeaks throughout the 2016 presidential election. On the campaign trail, then-candidate Trump extolled the transparency organization. At one point, after reading from hacked e-mails sent by Hillary Clinton’s campaign associates and released by the transparency organization, he exclaimed, “I love WikiLeaks!”

Smith pointed out the stark difference during a segment on “Shep Smith reporting.”

“RT is a propaganda arm of the Russian government,” Smith said, calling it “President Putin’s mouthpiece on TV.” Smith noted that Pompeo said Russia “worked directly with WikiLeaks and Julian Assange” during the 2016 presidential election.

“Are WikiLeaks and Russia the same thing?” Smith asked.

“We have nothing definitive on that,” Smith said. “But I can tell you that Mike Pompeo is no fan. Mike Pompeo with another huge reversal, if you will, from the Trump administration.”

“It was Donald Trump who said, ‘I love WikiLeaks!’ Remember?” Smith continued “You love ‘em when it’s working for you and you hate ‘em when it’s not.”