'She's the devil': Steve Bannon warned Roger Ailes that Megyn Kelly would 'turn on' him 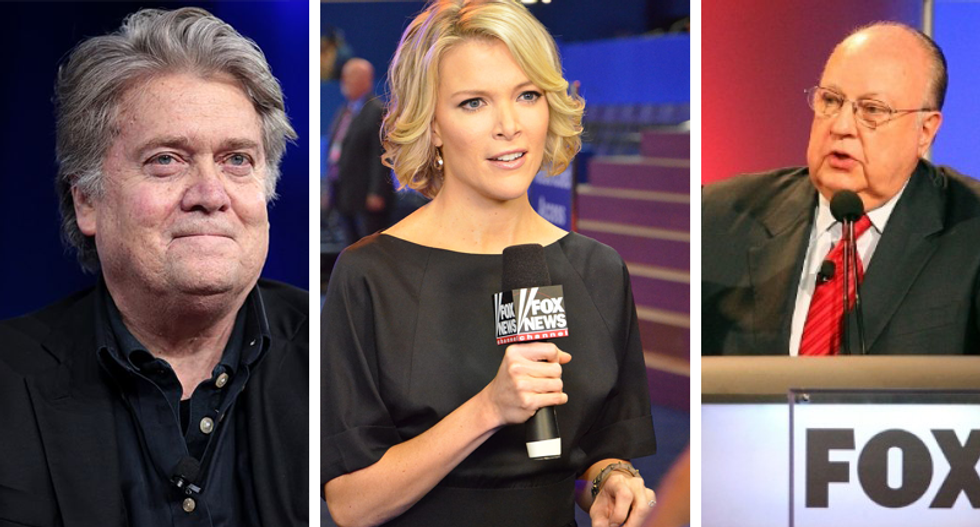 During Donald Trump’s campaign, conservative media heavyweights Breitbart and Fox News had “colliding visions for the Republican Party,” and vied for the president’s soul. And despite at one point seeming like they could be allies in the fight against the “mainstream liberal media,” the relationship between the two companies “began to sour” over former Fox News star Megyn Kelly.

“The big rift between Breitbart and Fox was all over Megyn Kelly. She was all over Trump nonstop,” Bannon explained in an interview. He also said he told Ailes that Kelly was untrustworthy.

Kelly drew the ire of then-candidate Trump during the 2016 presidential election, when she asked him about his treatment of women during a August 2015 Republican.

“You’ve called women you don’t like fat pigs, dogs, slobs and disgusting animals,” Kelly said to Trump. That question ignited a feud that continued for over a year.

He later described the moment in an apparent reference to Kelly’s menstrual cycle, saying she “had blood coming out her eyes” when she asked the question.