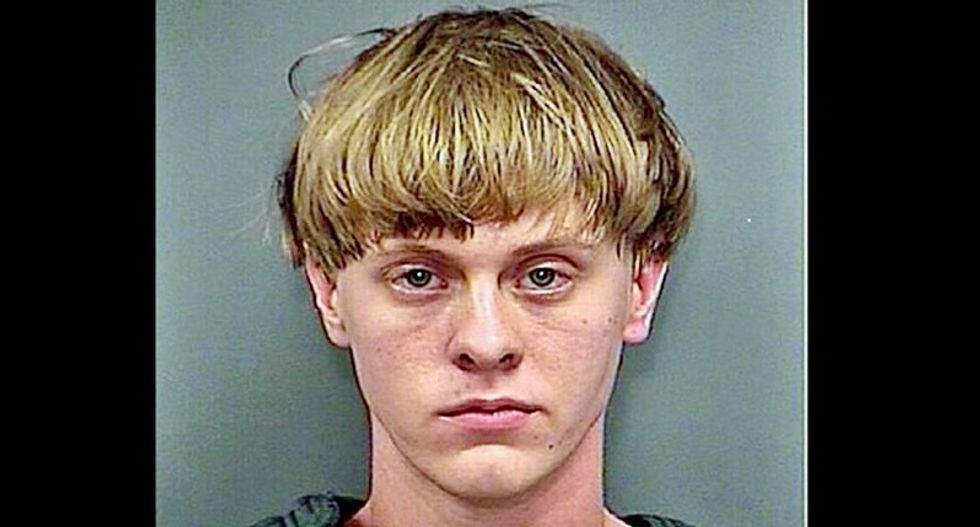 The white supremacist sentenced to death in federal court for the 2015 shooting massacre at a historic black church in South Carolina is expected to plead guilty to separate state murder charges on Monday.

Dylann Roof, 23, is charged in state court with murdering nine African American parishioners as they closed their eyes in prayer at a Bible study session.

Roof agreed to plead guilty in state court under a deal with prosecutors after being convicted of 33 federal crimes, including hate crimes and obstruction of religion resulting in death. In January, a jury found that he deserved the death penalty.

Pleading guilty to the state charges will allow for Roof's transfer to death row and spare survivors and relatives of the victims a second round of courtroom testimony detailing his rampage on June 17, 2015, at Emanuel African Methodist Episcopal Church in Charleston.

He will be sentenced to life in prison on the state charges, which include attempted murder of three survivors of the shooting, solicitor Scarlett Wilson said last month. State prosecutors abandoned efforts to seek a second death penalty.

Roof was ordered into the custody of U.S. Marshals last week. He has been held at the Sheriff Al Cannon Detention Center in Charleston County awaiting his state trial.

He is expected to be transferred to the federal prison in Terre Haute, Indiana, that holds male death row prisoners, according to the Death Penalty Information Center, a nonprofit group that monitors U.S. capital punishment.

Since 1988, when the federal death penalty was reinstated, 76 defendants in the United States have been sentenced to death and three prisoners have been executed, according to the center's website.

Roof would become the 62nd current federal death row inmate, and appeals in such cases can take a decade or more, the center's executive director, Robert Dunham, said in a telephone interview.