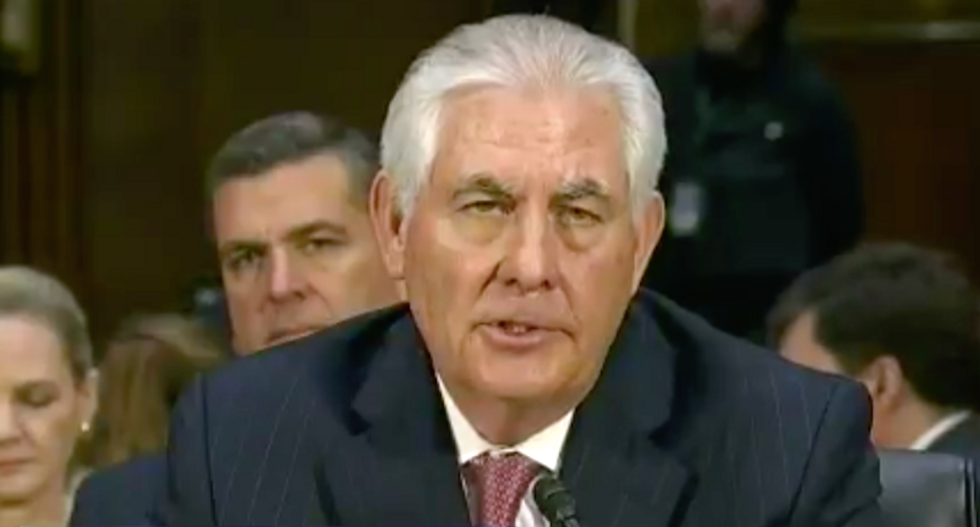 The ACLU made the argument as part of its lawsuit in federal court in the Northern District of California on behalf of three student visa holders against Trump's March 6 executive order barring travelers from Iran, Libya, Somalia, Sudan, Syria and Yemen from entering the United States for 90 days and refugees for four months. The lawsuit, which seeks class-action status, says the order discriminates against Muslims.

U.S. Secretary of State Rex Tillerson issued instructions to implement Trump's order in a series of four cables to consular officers worldwide last month, which were first revealed by Reuters.

The ACLU pointed to language from one of the cables that directs consular officers to assess whether applicants from the six countries "found otherwise eligible" for U.S. visas could still be denied visas based on Trump's order. The ACLU said the guidance "amounts to an unconstitutional amendment of existing law."

Tillerson issued the cable on March 10, and followed it with another set of instructions on March 15, the day before the ban was supposed to go into effect. After federal courts blocked the central tenets of Trump's order, Tillerson issued two other cables that rescinded many of his previous instructions but left some tighter visa vetting procedures in place.

The Trump administration has said that the travel ban and increased screening of foreigners are crucial to protecting the United States from terrorist attacks. The government is arguing in court that the president has broad authority under the law to make immigration decisions when there are concerns about national security.

The March executive order replaced a more sweeping travel ban that Trump signed on Jan. 27, which sparked chaos and protests at airports and was challenged by more than two dozen lawsuits. The original ban had covered citizens of Iraq, as well as the six countries also included in the revised ban. Iraq was dropped from the revised order, as was an indefinite ban on all refugees from Syria.

The revised ban aimed to overcome legal hurdles by excluding legal permanent residents and allowing for waivers for people with ties to the United States. The ACLU, in its claims that the order discriminates against Muslims, points to calls by Trump on the campaign trail for a "Muslim ban" and to a speech he made last month calling the new ban a "watered-down" version of the first.