'Stop crying, bro! They gonna think we did something!': Unarmed black teens sob as cop holds them at gunpoint 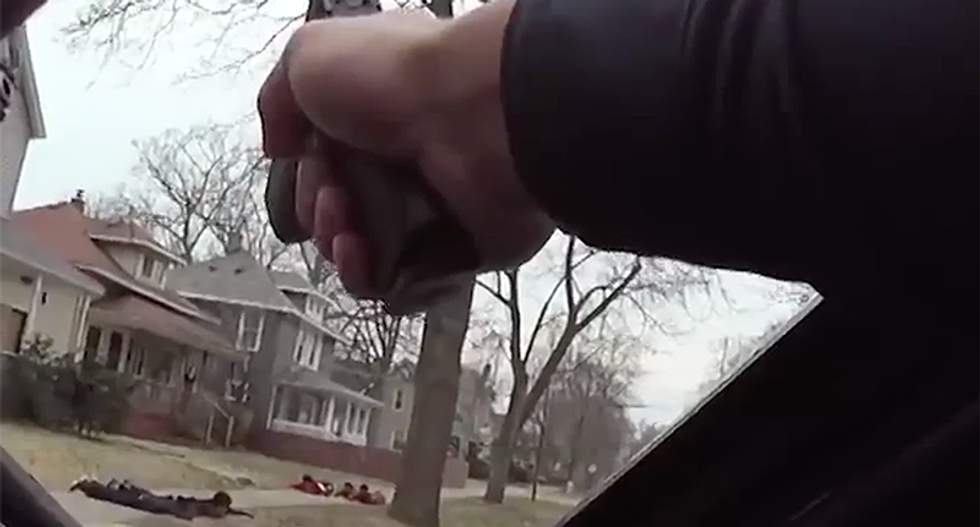 Last month, officers in Grand Rapids, Michigan were responding to a call about an armed suspect when they pulled their gun on five teenagers minding their own business.

The body cam video posted by BuzzFeed revealed sobbing teens forced to lay on the ground as the officer pointed his gun at them.

"Guys, get on the ground. Keep your hands out," a Grand Rapids police officer tells a group of youths in the video. "Just follow our directions and we'll be all right, OK?"

The teens are seen raising their hands before laying on the sidewalk.

"Stop crying, bro! They gonna think we did something!" one of the boy's friends can be heard saying.

You can watch clips of the video below: