'There is an active cover-up going on': Carl Bernstein goes off on former Trump staffer Jason Miller 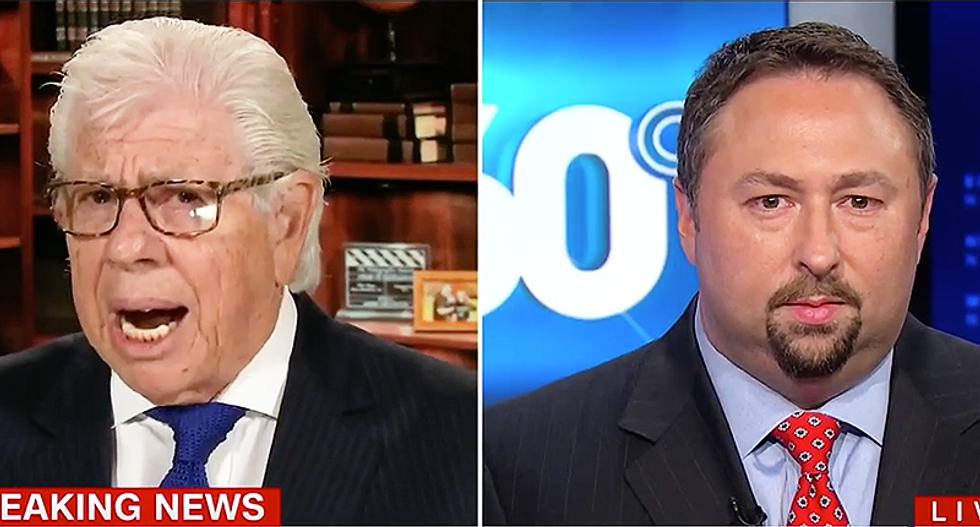 "Again, there is great evidence to prove that this minnow was pursued by the great sharks in the Trump campaign and by the Russian sharks," Bernstein said about Miller's comment that former foreign policy advisor Carter Page had no role in the campaign.

It was revealed Friday that Russia tried to infiltrate the Trump campaign and use Carter Page as an inside man. Page maintains that he served as a source for U.S. intelligence agencies to report back on what was happening with his communications with Russia. Former CIA agent Phil Mudd called the claim absurd, saying that it's Page's "cover."

"I want to go to something Jason Miller said about four reporters and anonymous sources, and I don't want to belabor the example of Watergate, but in Watergate, in the stories we did at The Washington Post and also what the New York Times did, there was not a single quoted source, it was all reporting based on anonymous sources," Bernstein continued. "Mr. Miller, tell me if indeed I am correct that you have often been an anonymous source, am I correct got that?"

Miller admitted he had been a source but tried to claim that there was a difference.

Cooper interrupted saying that it isn't unusual for a counter-intelligence investigation to go on for a while.

"Let me tell Mr. Miller something about what is going on," Bernstein continued. "There is so far, as far as I know, from FBI sources, and sources on Capitol Hill, no there is a serious belief in the FBI, in the congressional committees, in the House and the Senate that there is an active cover-up going on involving trying to keep investigators from finding out what happened in terms of the Trump campaign, Trump associates, near the top of the campaign, and what happened in their associations with Russians."

Bernstein went on to say that an "active cover-up" does not necessarily mean "an active obstruction of justice" but it is an active cover-up nonetheless.

"But, Mr. Miller," Bernstein continued. "You cannot keep going on with this fiction, that nothing occurred and nothing serious is being investigated. And one of the things that the Congressional committees are very concerned about as is the FBI is that they don't have the resources to conduct a proper investigation, and the White House is taking advantage of it. There are only seven investigators, many of them part-time, in the Congressional investigation in the House, not many more in the Senate, and it's a reason why the White House does not want a special prosecutor or a select committee of the House and Senate and why increasingly members of Congress do want it."