'There's another side to this story': Fox host blames bloody United passenger on 'overregulation' 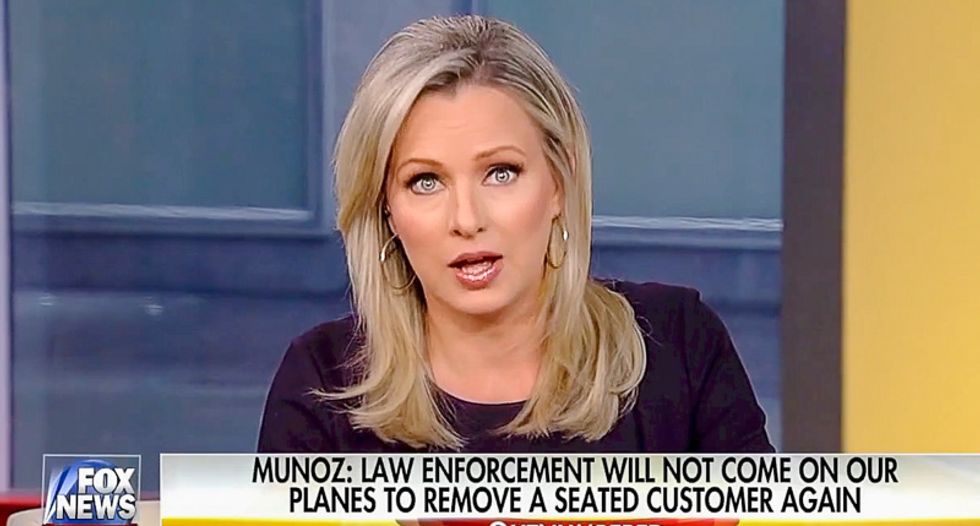 Fox News host Sandra Smith on Wednesday linked a customer who was dragged off a United Airlines flight to government "overregulation" of the airline industry.

During a Fox News discussion about the recent United Airlines public relations debacle, Smith noted that lawmakers were calling for an investigation and that the airline lost millions in stock value.

"Airlines disgust me," Fox News contributor Geraldo Rivera told Smith. "They do everything to maximize profit."

"There's nothing wrong with maximizing profit," Smith insisted. "That's what they're supposed to do as a publicly traded airline."

"But when you book and overbook," Rivera replied, "paid passengers have to give up their seats. This is not business. This is reckless, foolhardy imposition of your own personal convenience -- what happened to 'the customer is always right'?"

Co-host Meghan McCain called the incident "the culmination of everything that's wrong with the airline industry."

"I think most of the time you feel like an animal when you're going through the airport," McCain said. "Americans pay a lot of money."

"There's also another side of this story," Smith interrupted. "The airlines have been over-regulated to the point where it's difficult to even conduct business in this country."

"Overregulation didn't end up with that guy's face being bloody," co-host Harris Faulkner pointed out.