'They know it's dumb': Republicans in Congress hate Trump's wall just as much as Democrats 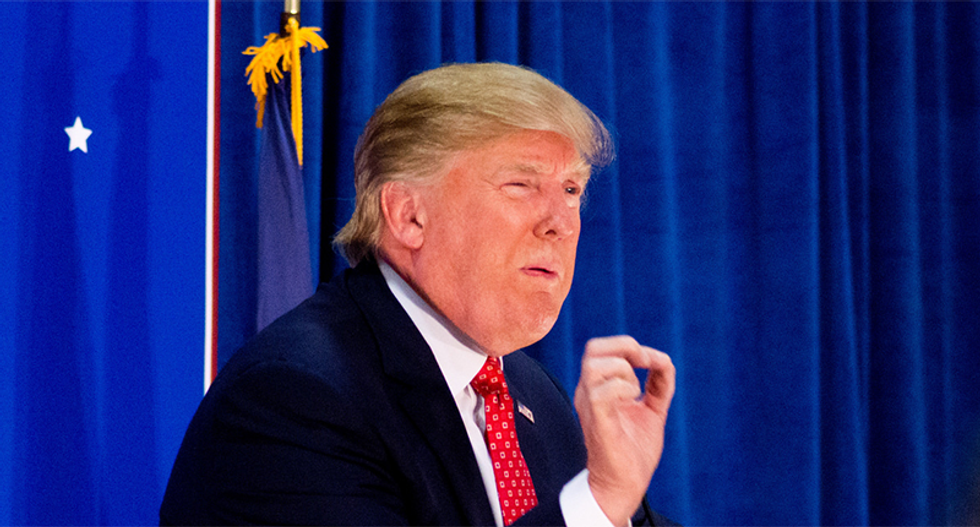 Republicans in Congress recognize that President Donald Trump's "big, beautiful wall" is "dumb" and they have no intention of ever supporting it.

A new Politico report alleges that Trump will lose his pet project, but not because of Democrats, because of Trump's own party.

“Republicans in Congress don’t want the wall. And that is the most under-reported aspect of this whole skirmish,” said Sen. Brian Schatz (D-HI). “Republicans in the leadership of both chambers actually hate that idea. They know it’s dumb.”

The federal government is funded through this weekend, but it will only kick the can down the road until September when another budget is due. Republicans doubt they'll be able to garner enough Republican support to pass a budget with support from the tea party members. If the budget has Trump's wall in it, Republicans don't anticipate Democrats supporting it either.

While there are some things Democrats agree with Trump on when it comes to border security, the wall is not one of them.

A mother and her seven children aged two to 14 died on Monday after a faulty dryer apparently set ablaze their house in eastern France, authorities said.

The fire, the deadliest such blaze involving children in France in a decade, broke out shortly after midnight in the rented family home in Charly-sur-Marne, a town around 80 kilometers (50 miles) east of Paris in the Champagne region.