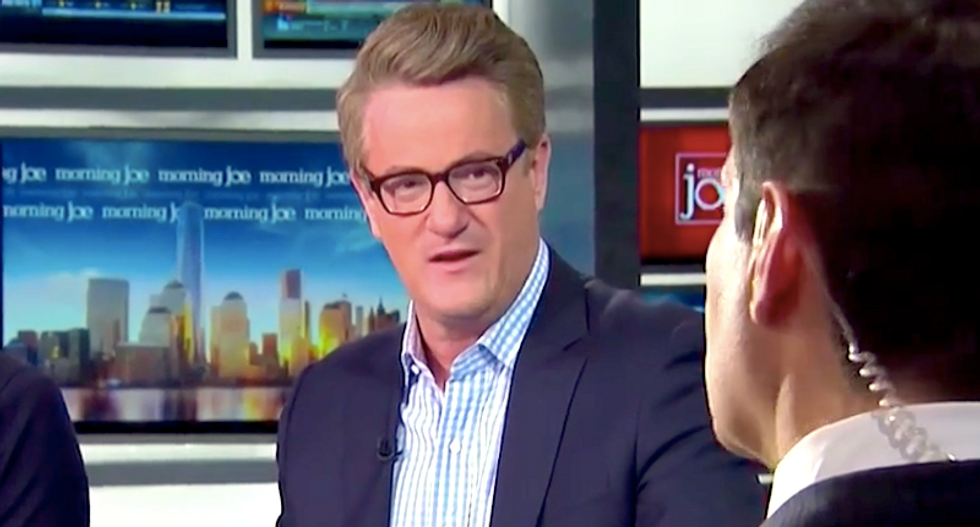 MSNBC's Joe Scarborough questioned how Steve Bannon could claim credit for President Donald Trump's election as he battles to maintain his influence in the White House.

The "Morning Joe" host wondered Monday why Bannon, the White House chief strategist, believed he could win a power struggle with Jared Kushner, the president's son-in-law, when his advice hasn't been essential in either the election campaign or the early days of the administration.

"Do you think that Donald Trump has to have Steve Bannon around him to tell him how to win Wisconsin?" Scarborough said.

Scarborough and co-host Mika Brzezinski agreed that Trump, who they've known for years, always took his own advice, but panelist Mark Halperin said Bannon was still needed to implement the president's policies.

"This guy can't implement making a ham sandwich," Scarborough said. "What you have said about Steve Bannon actually undercuts Steve Bannon on both counts. First, Bannon's argument, at least, that he can only make trump be trump, and secondly, that he needs to implement something? This guy botched an (executive order) that screwed his first two weeks of the White House."

Panelist Elise Jordan, the former communications director for Sen. Rand Paul's presidential campaign, said the failed travel ban had established a narrative of incompetence for the first two months of the Trump administration.

"Then he went up to Capitol Hill to sell Congress (on health care reform) and instead threatened them," Scarborough said. "We saw how that turned out."