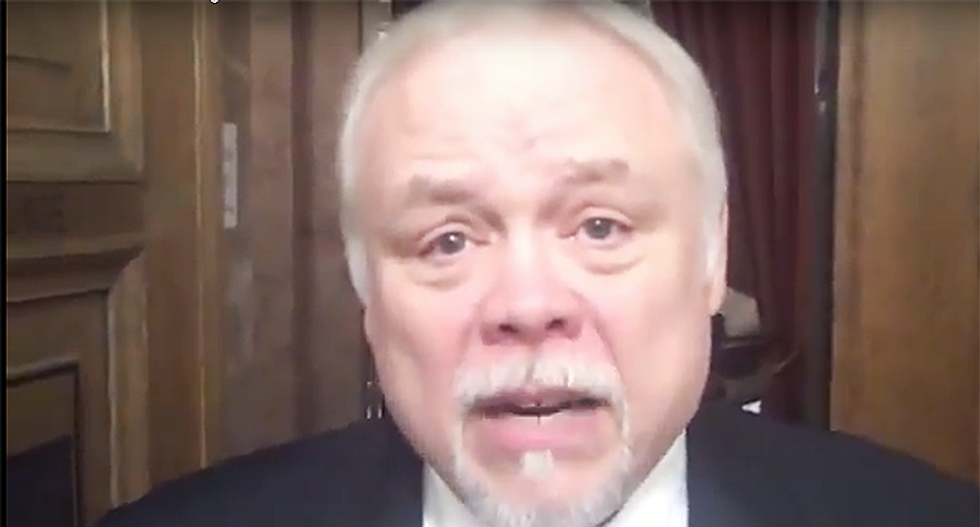 It may have appeared that President Donald Trump's administration accidently appointed the wrong guy to head an office. However, the reality is, the office he was qualified for didn't want him.

As The Huffington Post discovered, The White House sent out a notice with a list of the recent appointees. Washington state Senator Don Benton (R) was appointed to be director of the Selective Service System, which operates the nation’s military draft. Except, his qualifications don't exactly read like someone who should be nominated to head up the draft.

"During his tenure [Benton], reduced the cost of removing hazardous waste from the waste stream while doubling citizen participation and tripling the tonnage of hazardous waste removed," the White House wrote in their description of qualifications for Benton. "Mr. Benton was also responsible for Clark County certifying more Green Schools than in any other county in Washington State."

Benton was expected to be working in the EPA but working with Scott Pruitt wasn't working out so well. The Washington Post reported that Benton began interrupting policy discussions making weird statements so the staff began keeping him out of meetings.

Trump wanted to award Benton's loyalty as he was an early supporter and the chair of Trump's campaign. Benton was qualified to work at the EPA but the EPA had no desire to work with him. Trump's solution was to give him oversight over the military draft. He'll be the first non-military person in history to hold the position if he's confirmed by the senate.

Former President George W. Bush's chief ethics attorney Richard Painter has been outspoken on some of the things the Trump administration has done, but this was something new.

“This is a completely inappropriate appointment for that position,” said Painter. “We need to convince young men to register for the draft, and to step up if they’re needed to fight. And who is it who’s asking them to do that? Someone who’s never served, and for whom this is a throwaway political patronage job.”

Benton is a sales consultant by trade.