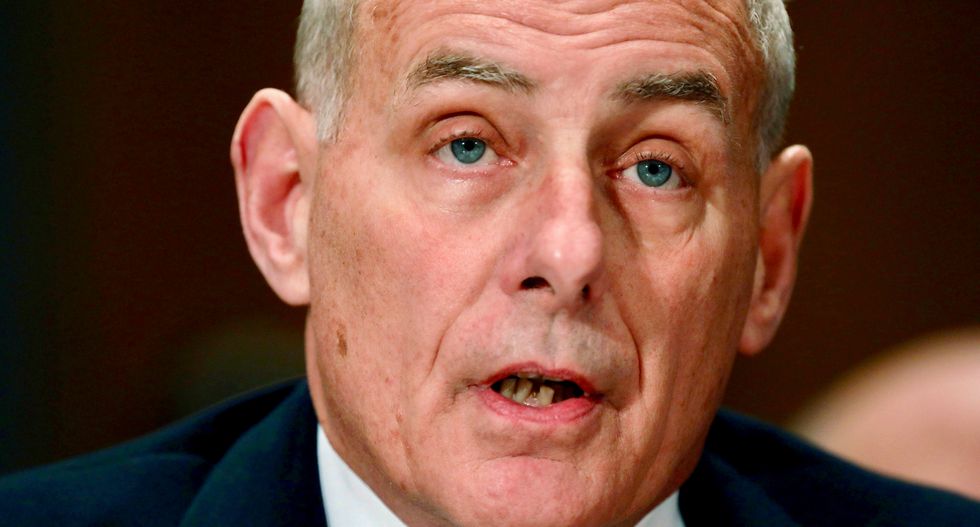 The Trump administration is no longer considering separating women and children at the southern U.S. border as a means of deterring their migration, a Department of Homeland Security spokesman said on Wednesday.

U.S. Homeland Security Secretary John Kelly was questioned by a Senate panel on Wednesday, but only said it was not current policy to separate women and children except in certain circumstances.

The policy, first reported by Reuters, is "no longer under consideration, so the current policy is it," said DHS spokesman David Lapan said.

A DHS official, who spoke on the condition of anonymity, said the agency has changed course in part because of the sharp decline in women attempting to travel to the United States with their children.

Only 1,125 children traveling with guardians, who are mostly women, were apprehended at the southern U.S. border in March, according to data released on Wednesday by the U.S. Customs and Border Protection.

The decline marks a 93 percent fall since December in what was previously the fastest-growing demographic of immigrant apprehensions.

Overall immigrant apprehensions fell to a 17-year low, down to 16,600 in March.

Under Trump, who took office on Jan. 20, the Department of Homeland Security had weighed separating women and children and issued guidance instructing officers to criminally charge parents who pay human smugglers to transport their children.

Trump also broadened the categories of illegal immigrants prioritized for deportation to include those charged, even if not convicted, of serious crimes.