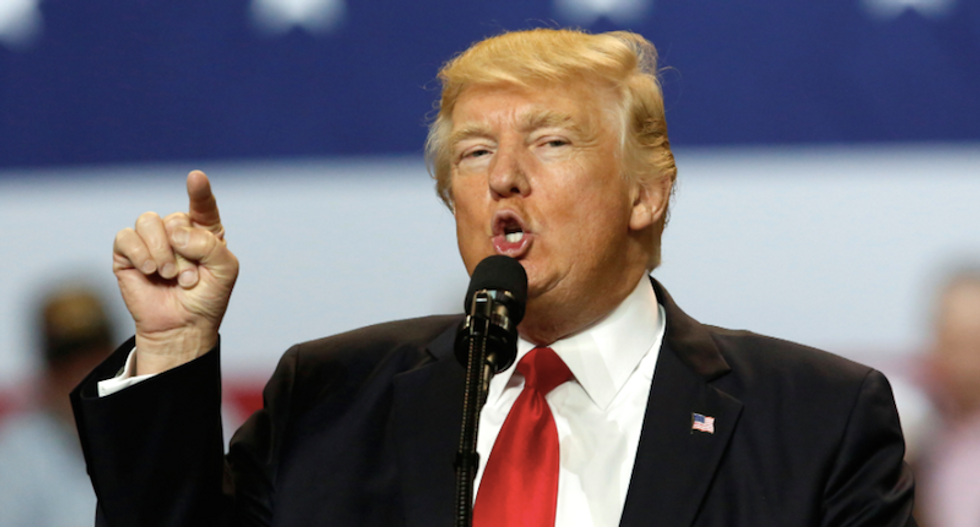 U.S. President Donald Trump signed an executive order on Friday to extend offshore oil and gas drilling to areas that have been off limits, in a move to boost domestic production just as industry demand for the acreage nears the lowest in years.

The order could lead to a reversal of bans on drilling across swathes of the Atlantic, Pacific and Arctic oceans and the U.S. Gulf of Mexico that former President Barack Obama had sought to protect from development in the wake of the huge BP oil spill in the Gulf of Mexico in 2010.

Trump had campaigned on a promise to do away with Obama-era environmental protections he said were hobbling energy development without providing tangible benefits, pleasing industry and enraging environmental advocates.

The order, called the America-First Offshore Energy Strategy, directs the U.S. Department of Interior to review and replace the Obama administration's most recent five-year oil and gas development plan for the outer continental shelf, which includes federal waters off all U.S. coasts.

But the executive order comes as low oil prices and soaring onshore production have pushed industry demand for offshore leases near its lowest since 2012, raising questions over its impact.

"The Trump administration’s hasty move today toward expanding offshore oil drilling ... defies market realities and is as reckless as it is unnecessary," said David Jenkins, president of Conservatives for Responsible Stewardship, a non-profit conservation group.

"Why on earth would someone choose to push drilling in the riskiest and most expensive places on the planet when the current oil glut will make such ventures unprofitable for the foreseeable future?" he said.

The amount of money that oil companies spent in the central Gulf of Mexico's annual lease sale dropped more than 75 percent between 2012 and 2017, according to government data. Dollars bid per acre and the percentage of acreage receiving bids both declined more than 50 percent.

The figures were similar in the western Gulf of Mexico, the only other zone that got offers for leases during that period, according to the figures from the U.S. Bureau of Ocean Energy Management.

An official at trade group American Petroleum Institute did not respond to a request for comment about offshore lease demand.

But API President Jack Gerard welcomed the executive order. "We are pleased to see this administration prioritizing responsible U.S. energy development and recognizing the benefits it will bring to American consumers and businesses," he said.

In addition to requiring a new five-year drilling plan, the order reverses Obama's decision to place parts of the Arctic permanently off limits to drilling. It also requires Commerce Secretary Wilbur Ross to review previous presidents' designations of marine national monuments and sanctuaries.

Jill McLeod, a partner at international law firm Dorsey & Whitney, said Trump's order was a positive signal to the oil industry but was unlikely to trigger a surge in exploration in the near term given the costs.

"The lifting of the ban does not necessarily make drilling in the Arctic a compelling proposition," she said.

Environmental groups, including Oceana and the Center for Biological Diversity, criticized the order and promised to fight it in court. Democratic senators also opposed the order, saying it could threaten the fishing and tourism industries.

Friday's order came on the heels of a separate decree by Trump this week triggering a review of federally managed land to determine if they were improperly designated as national monuments by former presidents. The move is intended to expand federal areas available for development.