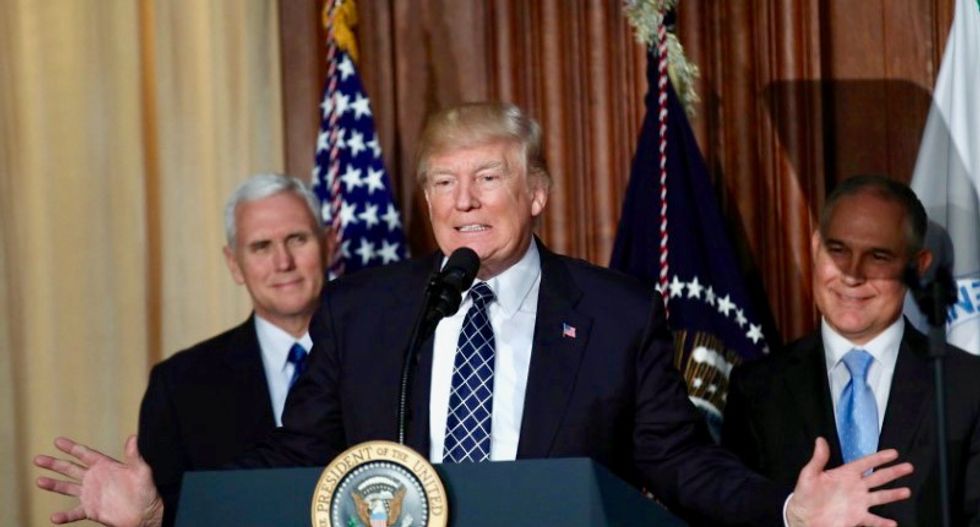 Donald Trump on Thursday appeared to claim that he hasn’t “looked” at the classified information Rep. Devin Nunes (R-CA) told reporters he went to the White House to deliver to the president.

Per a pool report by Politico's Josh Dawsey, Trump was asked if he believed Nunes improperly shared classified information when he revealed that members of the Trump transition team were incidentally surveilled under the previous administration.

“Nobody shared it with me, that I can tell you,” Trump said. “Because I haven't looked.”

Nunes stepped down from the House Intelligence Committee’s Russia probe on Thursday following mounting criticism for his decision to go directly to the press and White House with information about incidental collection of Trump transition officials.