Trump is willing to sign a budget without funding his 'big beautiful wall': budget director 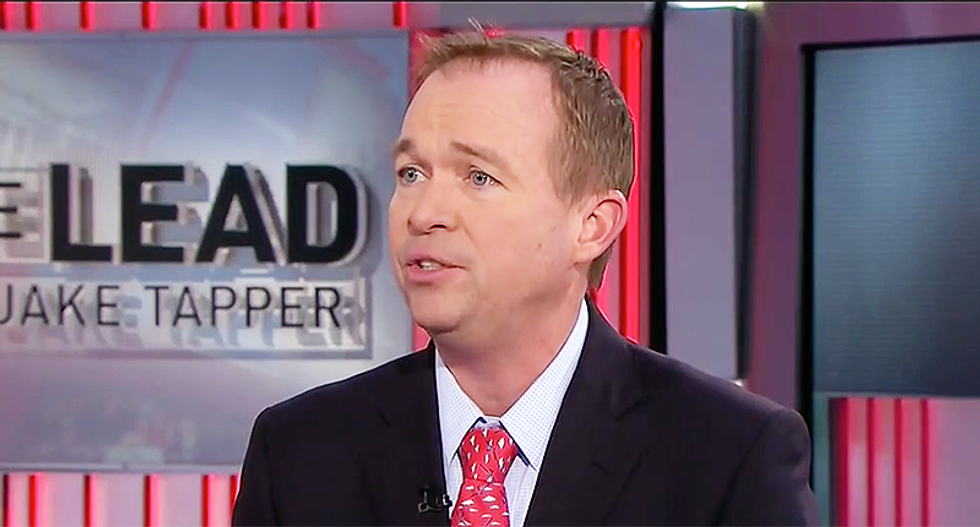 Mick Mulvaney, director of the office of management and budget (Photo: Screen capture)

President Donald Trump's budget director Mick Mulvaney claimed the president is willing to sign off on a budget that doesn't include the funding to build his signature campaign promise -- the border wall.

In an interview with Jake Tapper, Mulvaney admitted that the White House has reached out to Democrats saying they're willing to let the border wall go so that there won't be a government shutdown. However, Democrats have agreed to other aspects of a border security plan.

Tapper found it curious, noting that Republicans hold power in the House, the Senate and the White House.

“The offer that we received from the Democrats the last couple days included a good bit of money for border security,” Mulvaney told Tapper, saying that the funding will allow Trump to “follow through on his promise to make that border more secure.”

This does not mean that Trump is backing down, Mulvaney was sure to emphasize.

“We just thought that it would be a good first step to get these things that everybody agrees on and take that idea of a government shutdown off the table,” he said.

The interview came just hours after the Trump administration blinked in the congressional game of chicken on the funding for the wall. The move marks yet another of Trump’s campaign promises that has gone unfulfilled.

During his Tuesday press conference, press secretary Sean Spicer swore Trump would not falter on his promise to deliver a border wall.

Trump is willing to sign a budget without... by sarahburris