Trump-loving Ohio sheriff: 'Enough is enough' -- it's time to use a MOAB on Mexican cartels 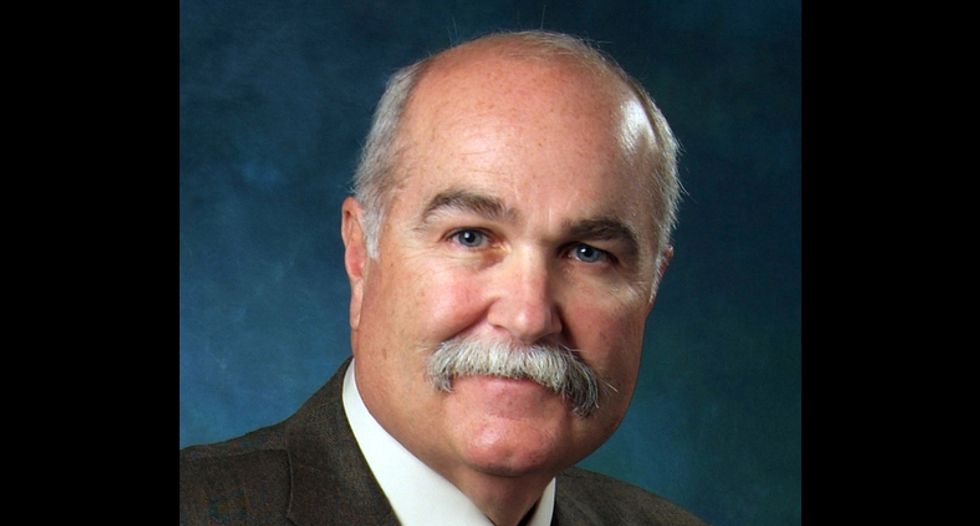 Jones, who pledged to vote for Trump as an Ohio elector last December, praised the president’s decision to drop the largest non-nuclear bomb in Afghanistan, insisting, “The U.S.A. is back.”

“That is one big bomb,” Jones said of the bomb he suggests Trump use on the cartels. “Moab. Mother of all bombs. Good name.”

The sheriff later shared a story from neighboring Montgomery County, where a police task force seized 66 pounds of heroin, fentanyl and marijuana.

“All those drugs coming from Mexico,” Jones tweeted. “I have been saying this for ten years. Enough is enough. This Moab can be used on Mexican drug cartel. These are good days ahead.”

Ohio residents are dying from heroin overdoses at record numbers. In 2014, the state saw more opioid overdoses than anywhere else in the U.S., with 2,106 people dying from the epidemic. As cleveland.com reports, the demographic most affected are young, white males.

During his presidential campaign, Trump promised “to take all of these kids—and people, not just kids—that are totally addicted and they can’t break it,” adding he promised to “spend the money” to “get that habit broken.”

In March, the president established a commission to combat the opioid crisis tasked with writing a report by October 2017 and make recommendations for combatting the epidemic. That commission will report to Trump’s son-in-law, Jared Kushner.

But, despite commissioning recommendations, the president has yet to “spend the money” to combat the crisis. His proposed 2017 budget cuts $100 million from block grants for the Substance Abuse and Mental Health Services Administration.

At the same time, the American Healthcare Act pushed by the president last month would have eliminated a requirement that covers basic mental health and addiction services in states that expanded Medicaid, of which Ohio is one, as well as rolling back Medicaid expansion as a whole.

“It is a major retreat from the effort to save lives in the opiate epidemic,” associate dean at Johns Hopkins Bloomberg School of Public Health Joshua Sharfstein told the Washington Post.

Still, Sheriff Jones doesn't see a disconnect between the president's proposed budget and his promise on the campaign trail.