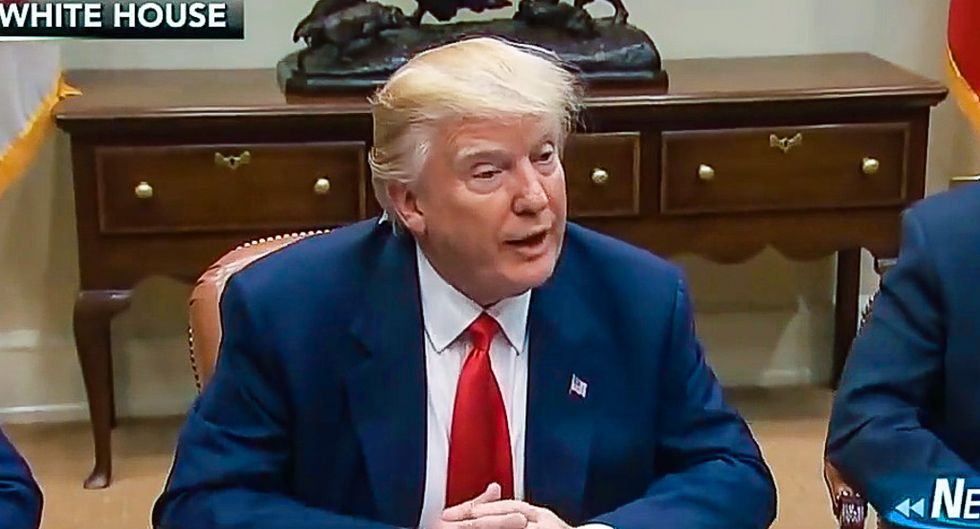 President Donald Trump on Thursday signed a resolution that will allow U.S. states to restrict how federal funds for contraception and reproductive health are spent, a move cheered by anti-abortion campaigners.

"This is a major pro-life victory," said the most powerful Republican in the House of Representatives, Speaker Paul Ryan, adding that a regulation enacted under Democratic former President Barack Obama had forced states to fund Planned Parenthood, a national non-profit that provides contraception, health screenings, and abortions.

Under the Congressional Review Act, which allows lawmakers to repeal newly minted rules, both the House and Senate had passed a resolution killing Obama's regulation that had protected federal grants for clinics in states wanting to block the funding.

States such as Texas in recent years have kept the grants from going to clinics as part of the country's longstanding fight over abortion. Broadly, many Republicans seek to restrict abortion or make it illegal while Democrats have fought to keep abortion legal.

The resolution had narrowly passed the U.S. Congress, with Vice President Mike Pence called to the Senate on March 30 to break a tie vote in the chamber, where Republicans hold a slim majority. The federal government can never again create a "substantially similar" regulation under the review law.

The grants, known as "Title X" funds, were already barred from going directly to abortion services but under the now-null regulation Planned Parenthood clinics were assured they could receive money even in the face of state objections.

"Allowing states to withhold Title X funding from family planning clinics won’t make anyone safer or healthier – it will instead place essential services out of reach," said Diane Horvath-Cosper, a medical doctor and fellow at Physicians for Reproductive Health, adding that for many people the clinics are the only place where they can receive affordable health services such as disease testing.