Trump to sign executive orders on environment, energy this week 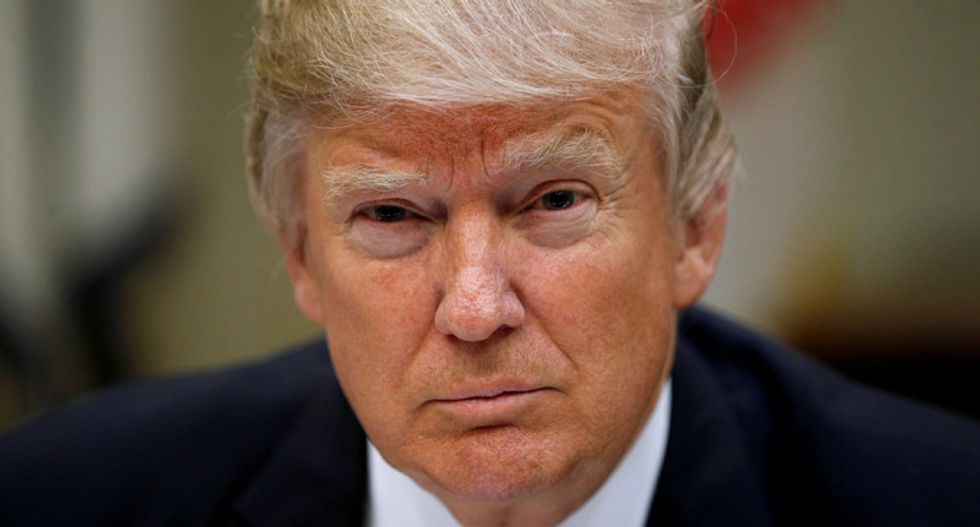 U.S. President Donald Trump will sign several executive orders on energy and the environment this week, a White House official said on Sunday.

"This builds on previous executive actions that have cleared the way for job-creating pipelines, innovations in energy production, and reduced unnecessary burden on energy producers," the official said on condition of anonymity.

On Wednesday, Trump is expected to sign an executive order related to the 1906 Antiquities Act, which enables the president to designate federal areas of land and water as national monuments to protect them from drilling, mining and development, the source said.

On Friday, Trump is expected to sign an order that would fit into his administration's "America First" energy policy, the source said, but did not provide details.

The new measures would build on a number of energy- and environment-related executive orders signed by Trump that seek to gut most of the climate change regulations put in place by predecessor President Barack Obama.

It was unclear how Trump planned to address use of the Antiquities Act in his order. No president has ever removed a monument designation created by former presidents.

Obama had used the Antiquities Act more than any other president, his White House said in December, when he designated over 1.6 million acres of land in Utah and Nevada as national monuments, protecting two areas rich in Native American artifacts from mining, oil and gas drilling.

He had also banned new drilling in federal waters in parts of the Atlantic and Arctic Oceans using a 1950s-era law that environmental groups say would require a drawn out court challenge to reverse.

Interior Secretary Ryan Zinke said during his confirmation hearing in January that he believed Trump could “amend” Obama’s monument designations but that any move Trump made to rescind a designation would immediately be challenged.

There is strong pressure from some Republicans in Congress to reform how future presidents use the act to give more input to states and Congress.

The White House has not yet decided whether to keep the United States in the Paris climate agreement. Advisers, who have been divided on the issue, are expected to make a decision by next month.