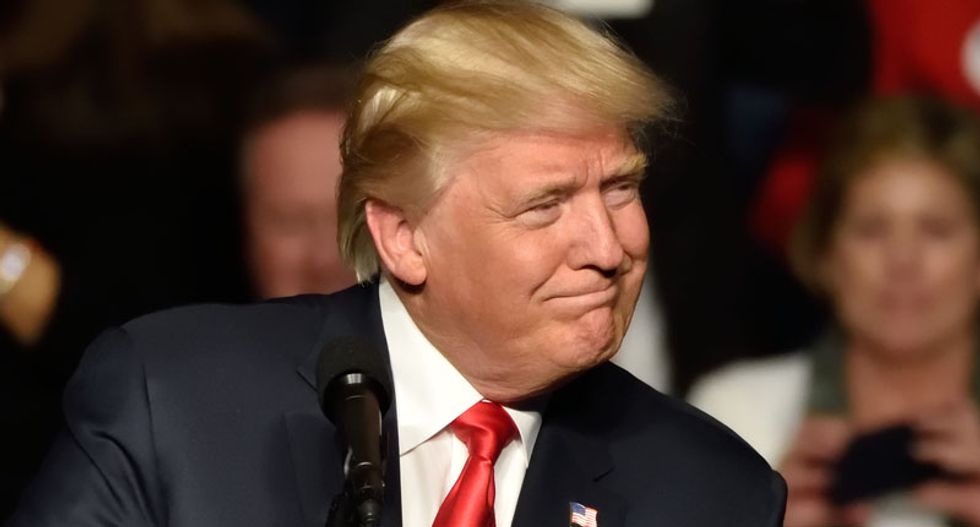 Less than 100 days into his first term, President Donald Trump’s reelection campaign has already raised $13.2 million towards his 2020 run -- and his personal businesses are profiting from the cash haul.

According to Politico, Friday's FEC reports show that Donald J. Trump for President, Trump Victory, and the Trump Make America Great Again Committee have raised about 80 percent of the disclosed cash towards his next campaign.  With the majority of the money coming from small donors, the reports show that a substantial amount of the money has come from selling branded merchandise such as hats. mugs and stickers.

Among the beneficiaries of the cash windfall is the President himself.  According to the report, the three Trump committees have spent a total of $458,000 at Trump’s various companies in the first three months of this year, including $274,000 for office rent at Trump Tower office and another $61,000 spent at Trump's golf clubs.

Also of note in the filings is the employment of Vice President Mike Pence's 27-year-old nephew, John Pence, who serves as deputy executive director for the campaign and was paid $40,000 in the first quarter.

The report comes at a time when attention is being paid to the president's weekly trips to his Mar-a-Lago resort, with taxpayers footing the bill and Trump -- once again - benefiting.