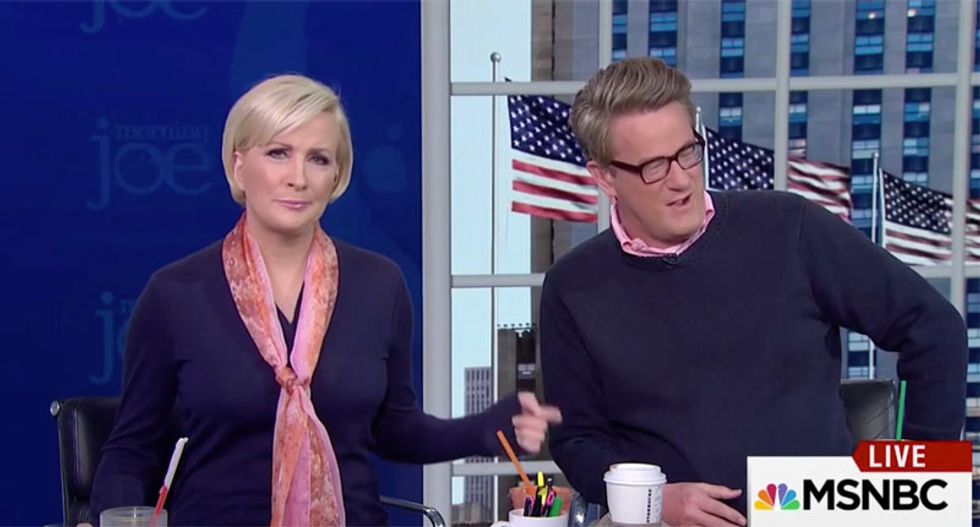 On MSNBC's Morning Joe, co-host Mika Brzezinski took another shot at Donald Trump's adviser Kellyanne Conway, calling her "kooky," while shaking her head and wondering how she still has a job at the White House.

Sharing a clip of Conway previously stating that Americans could be surveilled through their microwave ovens, the Morning Joe crew contrasted her statement with CIA director Mike Pompeo stating it was ludicrous at a press conference on Thursday.

“CIA officers like myself have sworn an oath to uphold the constitution,” Pompeo said at his press conference. “They’ve signed secrecy agreements, they quietly go about their work and try not to get too worked up over the headlines including the fanciful notion that they spy on their fellow citizens via microwave ovens.”

Cutting back to the studio, Brzezinski looked disgusted before stating, "That was the CIA director, seemingly throwing shade at Kelleyanne Conway who made that ridiculous and stupid statement."

"You know it's unbelievable that she works at the White House," she continued before calling Conway, "Kooky."