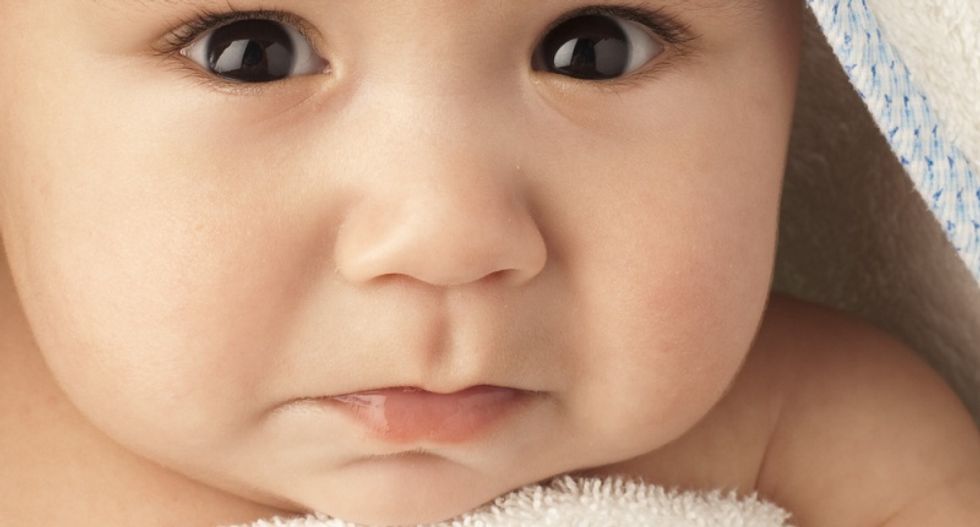 The mother of a three-month-old baby was forced to appear with her child at the U.S. Embassy in London after the child's grandfather accidentally checked off a box on visa form saying the child would seek to engage in terrorist activities and genocide when he entered the U.S.

According to the Guardian, Paul Kenyon, 62, filled out the visa form that would allow his grandson, Harvey, to travel to Orlando -- only for the child's mother to have to make a ten-hour round-trip from her home to the embassy because of his mistake.

According to Kenyon, he checked off "yes," following the question: “Do you seek to engage in or have you ever engaged in terrorist activities, espionage, sabotage, or genocide?”

After baby Harvey's visa request was refused, Kenyon followed up only to find out that the baby and his mother, Faye Kenyon-Cairns, had to bring the child to the embassy for a meeting -- a 10-hour roundtrip.

“I couldn’t believe that they couldn’t see it was a genuine mistake and that a three-month-old baby would be no harm to anyone,” Kenyon explained, adding that after seeing who they were refusing entry to, embassy officials failed to see how ridiculous the request was.

“They didn’t appear to have a sense of humor over it at all and couldn’t see the funny side," Kenyon stated before quipping, “He’s obviously never engaged in genocide, or espionage, but he has sabotaged quite a few nappies in his time, though I didn’t tell them that at the US embassy.”

According to grandfather, the error not only cost them time, but also cost him another £3,000 because the mother, father and baby missed their flight due to the visa delay.

“It was a very expensive mistake, but I was hoping the US embassy would realize that it was just a simple error without us having to jump through all the hoops,” said Kenyon before observing, "If you were a terrorist, I suspect you’d not be ticking yes on the Esta form anyway.”