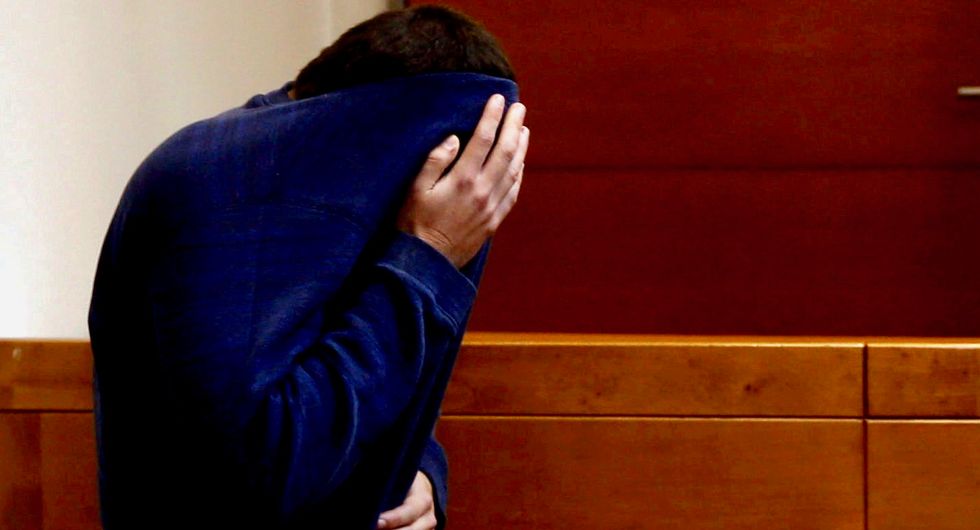 FILE PHOTO - An U.S.-Israeli teen who was arrested in Israel on suspicion of making bomb threats against Jewish community centres in the United States, Australia and New Zealand over the past three month, is seen before the start of a remand hearing at Magistrate's Court in Rishon Lezion, Israel on March 23, 2017. REUTERS/Baz Ratner/File Photo

An Israeli-American teenager accused of making dozens of bomb threats to Jewish community centers has been identified for the first time in two criminal complaints filed on Friday in U.S. courts in Florida and Georgia.

Michael Ron David Kadar, who has dual citizenship and lives in Israel, made at least 245 threatening telephone calls between Jan. 4 and March 7, with a significant portion of them targeting Jewish community centers in the United States, according to the complaints.

Authorities have not publicly offered a possible motive.

Kadar was arrested in Israel on March 23 by Israeli national police and has been in custody. His name had been withheld by Israeli authorities pending a formal indictment there.

The U.S. Department of Justice did not say whether it would seek his extradition.

The waves of threats forced widespread evacuations, including of centers with young children, and prompted concern among Jewish leaders about a resurgence of anti-Semitism.

The complaints against Kadar provided new detail about the evidence authorities have, including a flash drive found in his laptop containing recordings of numerous telephoned threats and media reports about those calls.

Kadar spontaneously told officers who arrested him at his house in Ashkelon, Israel, that he "did not do it," according to the Florida complaint. When asked what he meant, he referred to the Jewish community center threats, even though no officer had mentioned them, the complaint said.

Kadar also has a speech impediment that matched one observed in recordings of the threat calls, U.S. authorities said.