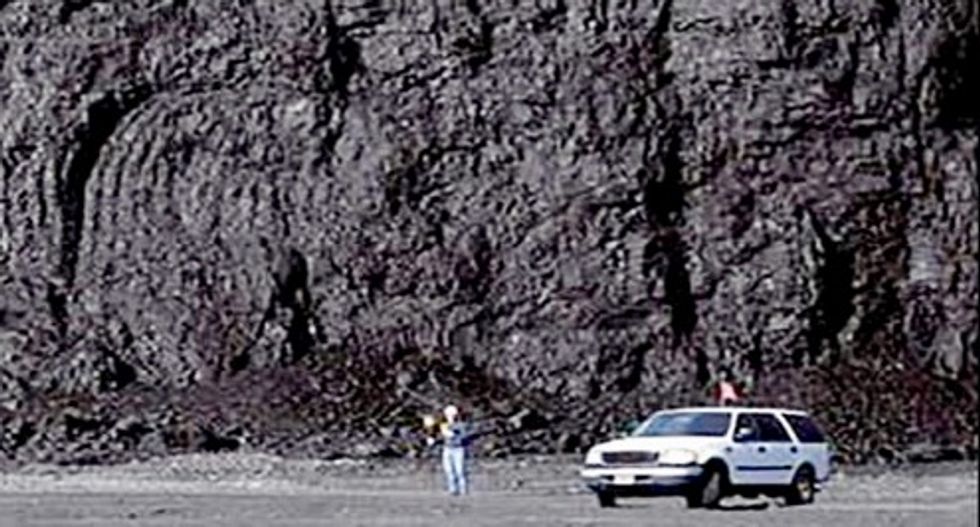 The U.S. government's public lands website has revealed a new face, a wall of coal, as the Trump administration underscores its promotion of an industry that has seen its hardest times since the Bee Gees topped music charts.

The Bureau of Land Management, charged with overseeing programs on vast swathes of public lands, including cattle grazing, coal leasing and recreation, changed the banner photo on its home page sometime Wednesday or on Thursday by mid-afternoon, web archives show.

The banner of the agency, an arm of the Interior Department, is now dominated by a photo of a man and his truck dwarfed by a coal vein in Wyoming, the country's top coal-producing state. (https://www.blm.gov)

Previously, the main photo featured two backpackers - a man and a boy - on a vast mountain range gazing into the sunset. (http://bit.ly/2oO0H12)

The image switch, first reported by Mashable.com, came after President Donald Trump signed an order last week to dismantle former President Barack Obama's climate policies. The order included a reversal of a ban on coal leasing on public lands, where 40 percent of the country's coal is produced.

On Friday, the banner will be switched to a photo of a recreation theme, BLM said, and it will be rotated with photos that reflect the uses public lands have to offer. The BLM said it changed the photo on March 31, though web archives indicate it was switched either on Wednesday or Thursday.

The Interior Department, which oversees the U.S. National Park Service, applauded BLM's "creativity" in getting its message of balancing resource development with conservation and public access, spokesman Paul Ross said.

"In most honest move yet by Trump admin, Interior Dept changes its website picture from 'family camping' to '80-foot-high seam of coal,'" Bill McKibben, a co-founder of the environmental group 350.org, said in a tweet.

Trump has promised to end what he and many of his fellow Republicans call a "war on coal." Even so, the bulk of U.S. power companies have no plans to slow a multi-billion-dollar switch to fuels including cleaner-burning natural gas.

U.S. coal production last year fell to the lowest level since 1978 as a glut of cheap natural gas batters the industry.

Interior Secretary Ryan Zinke, an avid hunter and angler from coal-producing Montana, who rode to his first day of work on a horse named Tonto, approved a $22 million coal lease in central Utah last month.