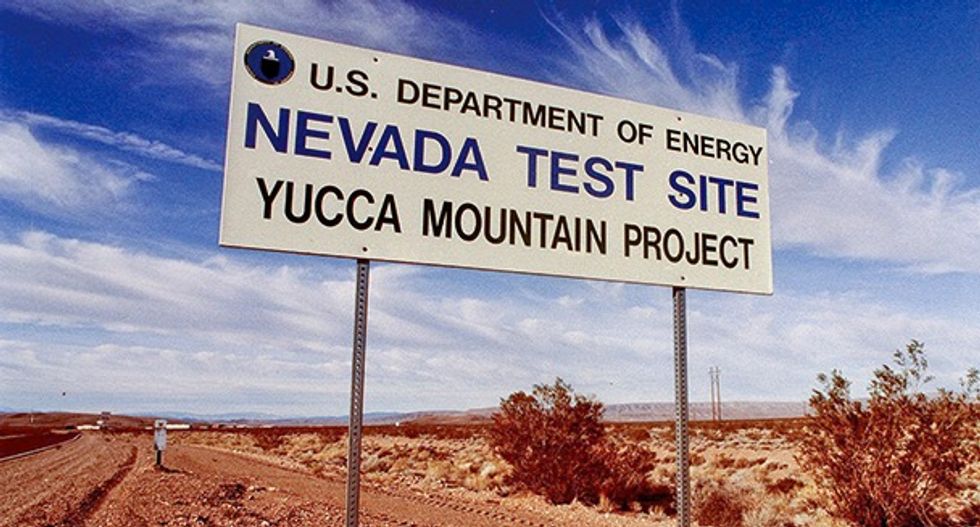 Lawmakers in the U.S. House of Representatives on Wednesday debated resurrecting the stalled Yucca Mountain spent nuclear fuel dump in Nevada, a project critics say is hindered by the lack of an easy transport route.

Representative John Shimkus, an Illinois Republican, has proposed draft legislation to restart the licensing of Yucca Mountain. The government has already spent billions of dollars for initial construction of the project, which has been pending since Ronald Reagan was president.

Former President Barack Obama opposed Yucca and stopped its licensing process in 2010. But President Donald Trump's proposed 2018 budget provides $120 million to restart licensing and for development of interim nuclear waste sites until Yucca can be completed.

More details about the Trump administration's support of Yucca could come when a broader budget is released in May. Currently, spent nuclear fuel, which can be deadly if left unshielded, is stored at reactors across the country, first in cooling ponds and then in thick casks.

The Yucca site itself, about 100 miles (160 km) northwest of Las Vegas, faces a cumbersome and costly licensing process that could take years to complete and questions from critics about how long spent fuel can remain without radiation leaking into an aquifer.

Yucca supporters say there is little groundwater at the desert site and what is there is contained by barriers and does not flow to any river or drinking water supply.

An even trickier problem will be getting the spent fuel to Yucca mountain safely by train and truck from nuclear reactors sites all across the country.

"Transportation is the Achilles heel of the Yucca Mountain repository site," said Bob Halstead, the head of Nevada's agency for nuclear projects.

One train route studied by the Department of Energy, known as Caliente, has been at least partially blocked by Obama's 2015 designation of a national monument called Basin and Range.

Another route, known as Mina, is opposed by the Walker River tribe, which withdrew permission in 2007 for the government to ship waste through its reservation.

Many casino owners and gaming associations also oppose the transport of spent nuclear fuel near the city of Las Vegas, saying publicity about the shipments could harm property values and tourism.

The federal Nuclear Regulatory Commission has pointed out that nuclear waste has been transported safely in the country for more than 40 years, which Yucca backers are quick to cite. Shimkus, whose state of Illinois has more reactors than any other, says Yucca is ideal because of its remoteness.

But the entire Congressional delegation of Nevada, where there are no nuclear power reactors, opposes Yucca.

"Do you honestly believe that shipping over 5,000 truck casks of high-level nuclear waste over a span of 50 years won’t result in at least one radiological accident?" Rosen said at the hearing.

The bill contains a measure directing the energy secretary to consider routes avoiding Las Vegas. But the provision is unenforceable under existing laws, Halstead said.