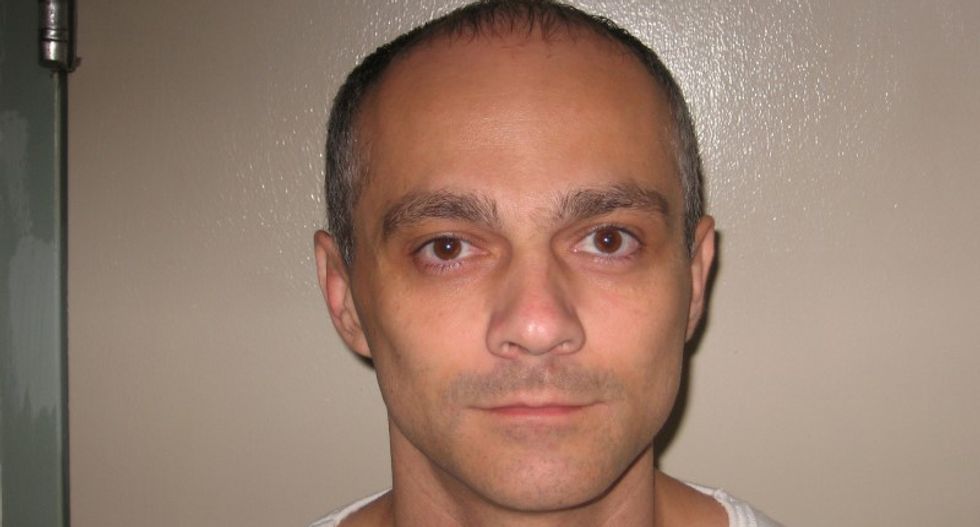 A Virginia death row inmate will spend his life in prison instead of being executed for the 2001 murder of his ex-girlfriend after the state governor commuted the sentence on Thursday, saying it was flawed.

Governor Terry McAuliffe told a news conference on Thursday that he was halting the execution of Ivan Teleguz, 38, over concerns that false evidence might have influenced the jury, but was not granting a full pardon.

"Because the sentencing phase of Mr. Teleguz's trial was flawed, I must commute his capital sentence to life in prison without parole," the Democratic governor said.

Prosecutors submitted evidence, later disproved, that Teleguz was involved in another Pennsylvania murder and brought up unsubstantiated rumors that he was in the Russian mafia, McAuliffe said in a statement, adding that these factors might have affected the jury during sentencing.

Teleguz's attorneys argued that the trial had also included testimony that was later recanted, and had submitted a petition calling for a halt to his April 25 execution that was signed by more than 100,000 supporters, including three former Virginia state attorneys general.

"Governor McAuliffe correctly recognized that our system of justice cannot stand by and allow an execution to proceed when jurors were told to impose a death sentence based on false information," Elizabeth Peiffer, one of Teleguz's attorneys, said in a statement on Thursday.

Teleguz was sentenced to death in 2006 for a murder-for-hire plot to kill his ex-girlfriend, Stephanie Sipe. During the trial, three witnesses testified that Teleguz recruited them to kill Sipe, Peiffer said, adding that two later recanted their statements.

The third witness, Michael Hetrick, confessed to killing Sipe, 20, and took a life imprisonment deal in exchange for saying that Teleguz paid him to commit the murder, according to McAuliffe.

Teleguz's lawyers have maintained his innocence and appealed his sentence, but McAuliffe said he was not granting a full pardon because numerous state and federal judges have evaluated the case and refused to overturn the conviction.

"My decision to deny Mr. Teleguz's petition for pardon is based on my belief that the reliable evidence continues to support his conviction," McAuliffe said.