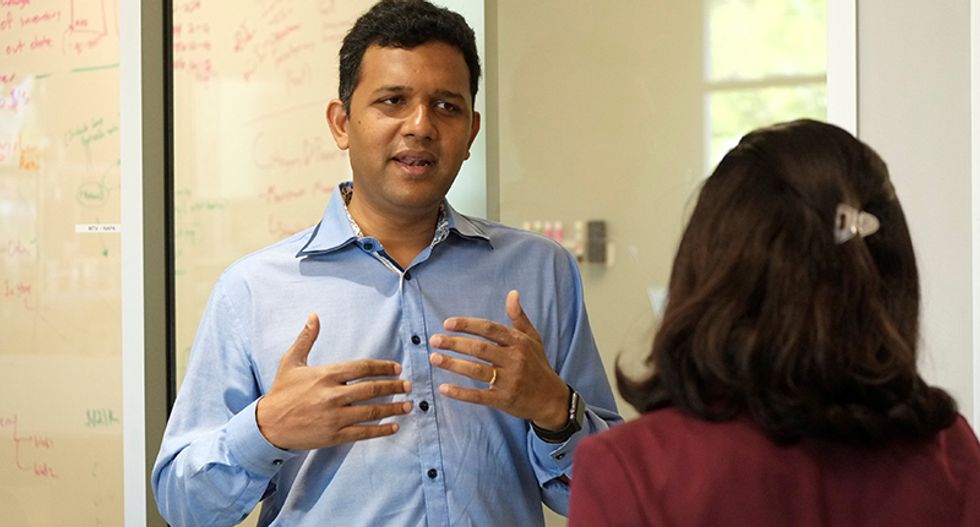 When Gokul Gunasekaran was offered a full scholarship for a graduate program in electrical engineering at Stanford University, he saw it as the chance of a lifetime.

He had grown up in Chennai, India, and had a solid job offer with a large oil company after getting his undergraduate degree. He came to America instead, got the Stanford degree and now works as an engineer at a data science startup in Silicon Valley.

But for the past five years, he has been waiting for a green card that would give him full legal rights as a permanent resident. In the meantime, he is in a holding pattern on an H1-B visa, which permits him to live and work in the United States but does not allow him easily to switch jobs or start his own company.

"It was a no-brainer when I came to this country, but now I'm kind of regretting taking that scholarship," said Gunasekaran, 29, who is also vice president with a non-profit group called Immigration Voice that represents immigrants waiting for green cards.

Immigration Voice estimates there are some 1.5 million H1-B visa holders in the country waiting for green cards, many of whom are from India and have been waiting for more than a decade.

Many of these immigrants welcomed President Donald Trump's executive order this week to the federal departments overseeing the program to review it, a move that may lead to H1-B visas being awarded to the highest-paying, highest-skilled jobs rather than through a random lottery.

"I think less random is great," said Guru Hariharan, the CEO and founder of Boomerang Commerce, an e-commerce startup. Hariharan, who was previously an executive at Amazon.com Inc and eBay Inc, spent 10 years waiting for his green card and started his own company as soon as he got it.

Green cards can be a path to naturalization and Hariharan expects to become a U.S. citizen soon.

H1-B visas are aimed at foreign nationals in occupations that generally require specialized knowledge, such as science, engineering or computer programming. The U.S. government uses a lottery to award 65,000 such visas yearly and randomly distributes another 20,000 to graduate student workers.

The H1-B and the green card system are technically separate, but many immigrants from India see them as intimately connected.

The number of green cards that can go to people born in each country is capped at a few percent of the total, without regard to how large or small the country's population is. There is a big backlog of Indian-born people in the line, given the size of India's population - 1.3 billion - and the number of its natives in the United States waiting for green cards.

That leaves many of those immigrants stuck on H1-B visas while they wait, which they say makes them almost like "indentured servants," said Gaurav Mehta, an H1-B holder who works in the financial industry.

Mehta has a U.S.-born son, but he could be forced to take his family back to India at any time if he loses his job and cannot find another quickly. "He's never been to my country," Mehta said of his son. "But we'll have no choice if we have to go. Nobody likes to live in constant fear."

The H1-B visa is tied to a specific employer, who must apply for the visa and sponsor the employee for a specific job laid out in the visa application. To switch employers, the visa holder must secure their paperwork from their current employer and find another employer willing to take over their visa.

Some H1-B holders suspect that employers purposely seek out Indian immigrants because they know they will end up waiting for green cards and will be afraid to leave their employers.

But changing the green card system away from country caps to a merit-based system would require an act of Congress. Some executives also worry that allocating H1-Bs and green cards based on salary - while it would be done to counter the argument that immigrants undercut American workers - would hurt startups that cannot afford high wages.

In the meantime, H1-B holders like Nitin Pachisia, founding partner of a venture capital firm called Unshackled Ventures, are taking more practical measures. His firm specializes in taking care of the legal paperwork so that H1-B holders can start their own companies, a process that is possible but tricky.

Pachisia is hopeful that changes to the H1-B visa program could revive interest in making the entire system, from H1-B visas to green cards and eventual citizenship, more merit-based and focused on immigrants who are likely to start companies and create jobs.

"If the purpose of our high-skilled immigration program is to bring in the most talented people, let's use that as a lens. From that perspective, it's a good thing we can focus on the most talented, and I'd say most entrepreneurial, people," he said.