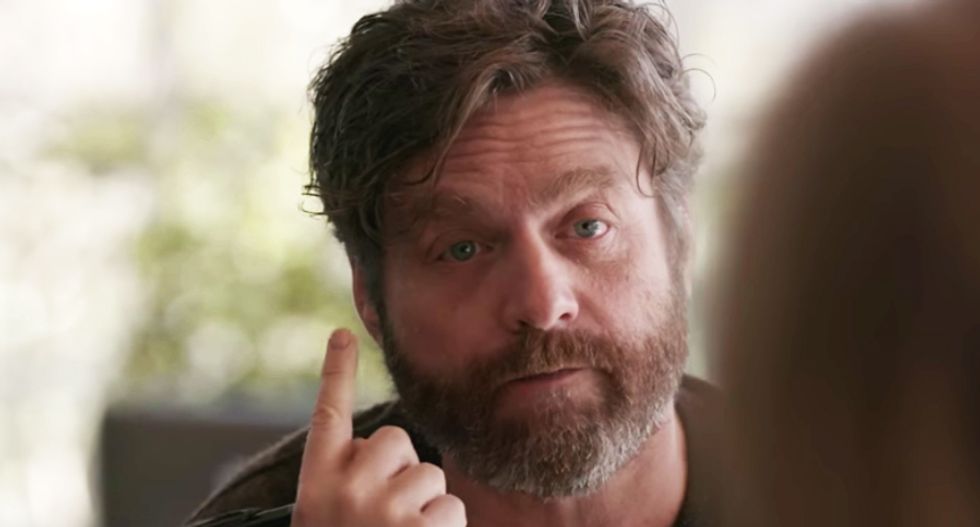 “We live in a system where the policies are obviously geared towards the people that give the most money,” Galifianakis began.

Ravel told Galifianakis dark money is “money that’s not disclosed in the campaign finance system” so “certain groups of people” can avoid disclosing their identities.

“There is no question about it,” Ravel said about groups using dark money to fund political ambitions. “Some owner of an oil company or person who’s pushing cigarettes, or whatever it is.”

“What are the disclosure requirements?” Galifianakis asked.

“There aren’t any,” Ravel said.

“There’s none?” a shocked Galifianakis replied. “It seems anti-common sense.”

“If people do not know the facts, if there isn’t transparency about what’s going on, people become more disassociated from the political system and from government,” Ravel replied. “People really need to understand that if they turn off that they’re allowing those policies and those things that they don’t like.”

Galifianakis asked Ravel what citizens can do to fight against dark money that’s pouring into our nation’s election system. Ravel explains that an informed citizenry makes all the difference.

“So basically, wake up?” Galifianakis asked.

You can watch the preview below, via America Divided: