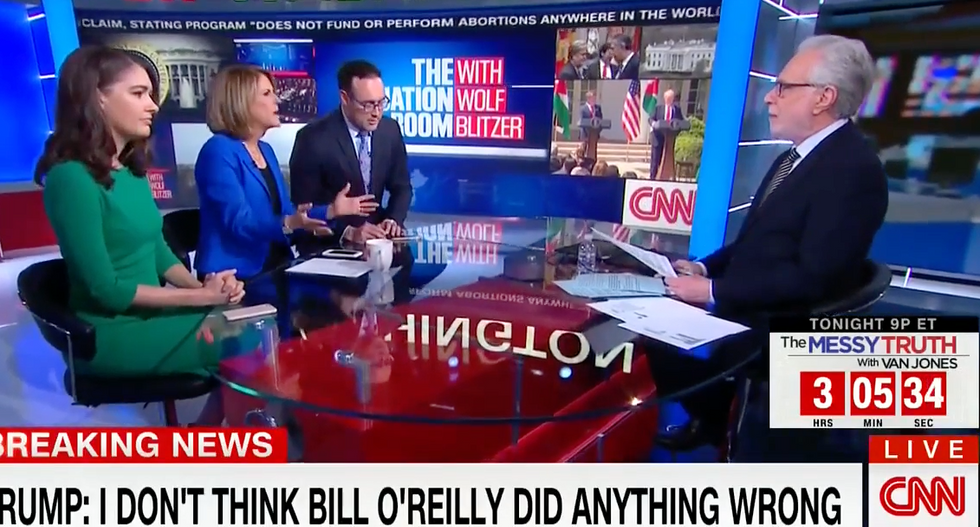 A CNN panel on Wednesday nailed why Donald Trump offered support for Bill O’Reilly despite the five allegations of sexual harassment levied against the Fox News host, noting the parallels between O’Reilly and Trump.

RealClearPolitics reporter Rebecca Berg noted that Trump brought former Fox News chairman Roger Ailes on as an informal adviser to the campaign, even as scores of women came forward charging the executive with sexual harassment.

“Clearly, Donald Trump doesn’t feel that this is a diminishing characteristic for a man,” Berg said.

The Washington Post’s Chris Cillizza argued the president made the comments out of blind loyalty to the Fox News host.

“Why is he even weighing in on this?” CNN’s Gloria Borger asked. “Do you think [his aides] wanted him to weigh in on the cases against Bill O’Reilly? I think not. But as you point out, he was with Roger Ailes all the way, and he’s going to be with Bill O’Reilly all the way, and he may feel that in his own way, he himself has been wrong, with the 'Access Hollywood' tape.”

“There’s no question that’s a piece of it, he feels he has been targeted,” Cillizza agreed.

“So he’s been targeted in the same way, and maybe that’s why they have an alliance,” Borger added.