WATCH: Ohio cop caught on camera brutally stomping on suspect's head while he was handcuffed 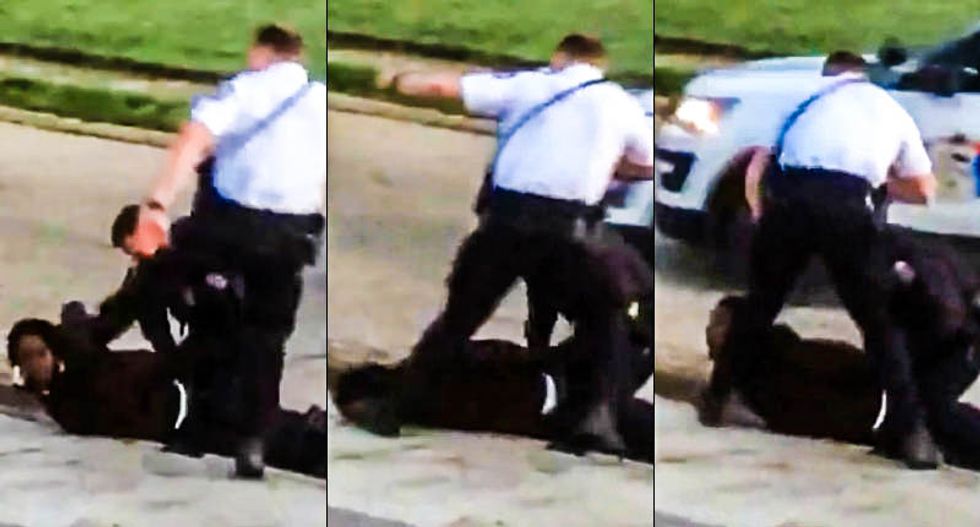 Police in Columbus, Ohio are investigating one of their own officers after he was caught on camera brutally stomping on a suspect's head, despite the fact that the suspect had already been handcuffed and was lying on the ground.

Local news station ABC 6 reports that Columbus Police Officer Zachary Rosen has been "reassigned to non-patrol duty indefinitely" after he was filmed this past weekend stepping on the head of Columbus resident Demarko Anderson, who had been arrested for allegedly shooting a gun at a nearby house.

The video of Rosen was filmed by local resident Roiesha Peteford, who says she went outside her house to investigate commotion that she heard erupting nearby.

When Peteford got outside, she saw Anderson had been handcuffed by a police officer and was lying on his stomach on the ground. At that point, Rosen rushed over and used his foot to stomp Anderson's head into the pavement.

"He didn't have to do that, he's already down and handcuffed. I could see if he was trying to get away," Peteford told ABC 6.

The Columbus Police Department said that while it's still formally investigating Rosen, it said the actions shown in the video "were inconsistent with department training and values."

Watch ABC 6's report on the incident below.