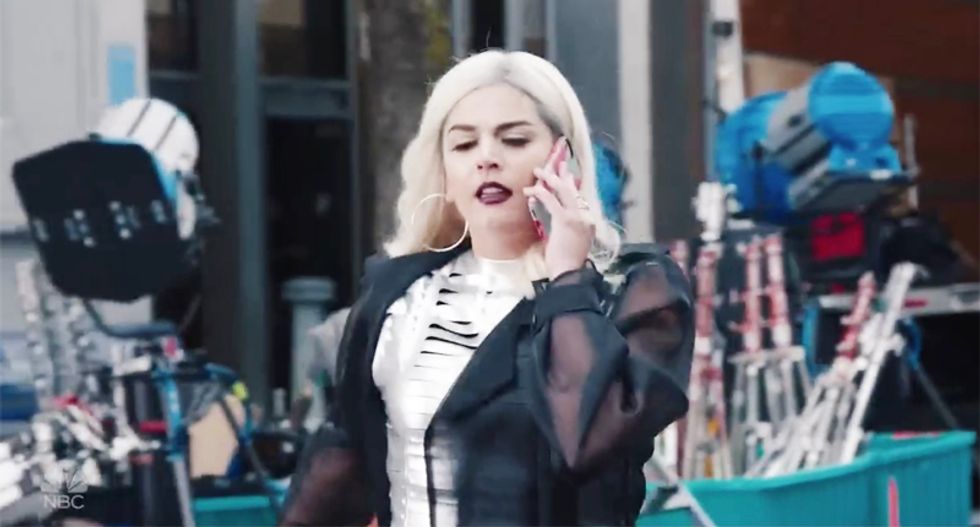 While Pepsi's Kendall Jenner ad -- where the reality star dissolves tensions between protesters and a cordon of police with a single can of the soda -- has been pulled off the air, it has not been forgotten as Saturday Night Live reminded them in a brutal take-down.

Since premiering the ad earlier this week, PepsiCo has taken a beating from the public and the press for co-opting Black Lives Matter and various other socially conscious protest movements in a cynical attempt to sell soda, resulting in a public apology from the company. The company even went so far as to apologize to Jenner for hiring her to appear in the commercial, which also riled the public.

On SNL, cast member Beck Bennett played the creator and director of the ill-fated commercial who believed he was seeing his dream come true. It is only minutes before filming the ad that he discovers friends, family and even strangers are horrified by his idea of paying "homage" to a protest movement based on halting the needless killing of black Americans by police -- in order to sell Pepsi.

You can watch the the video below, which also features cast member Cecily Strong as Jenner boasting to a friend, "I stop the police from shooting black people by giving them a Pepsi-- I know, it's cute, right!"