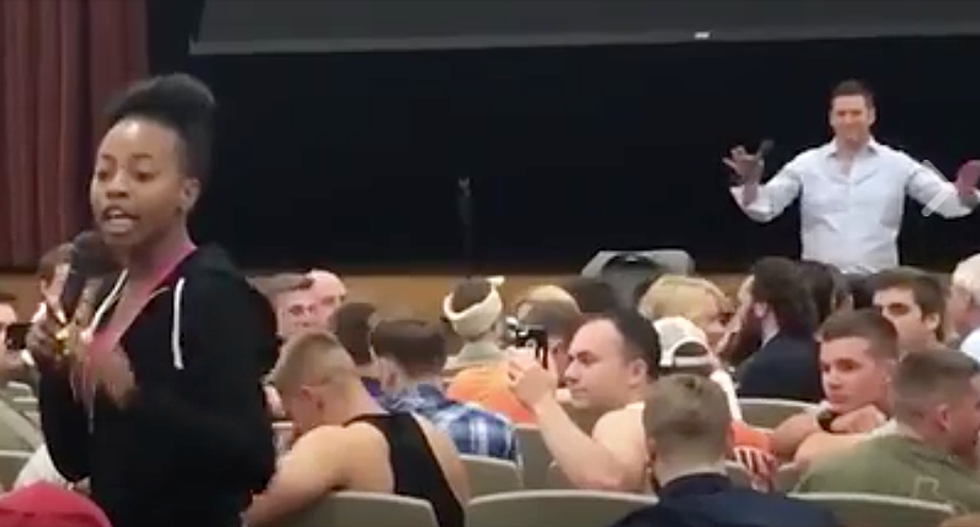 When white supremacist Richard Spencer decided to speak at Auburn University despite the safety concerns of students, teachers and staff, he was met with violence as well as tough questions.

One student, however, challenged Spencer so perfectly.

"How are white people more racially oppressed than black people? Because I'm a black woman at a predominantly white institution and I want to know what challenges y'all face that I don't?" she asked.

A man behind her can be heard shouting out "Affirmative Action" though it was unclear if he was saying she was an Affirmative Action student or if that was a challenge he faces as a white man at the university.

"And then another question: How did it feel when you got punched in the face at the inauguration?" she asked as the audience laughed and applauded.