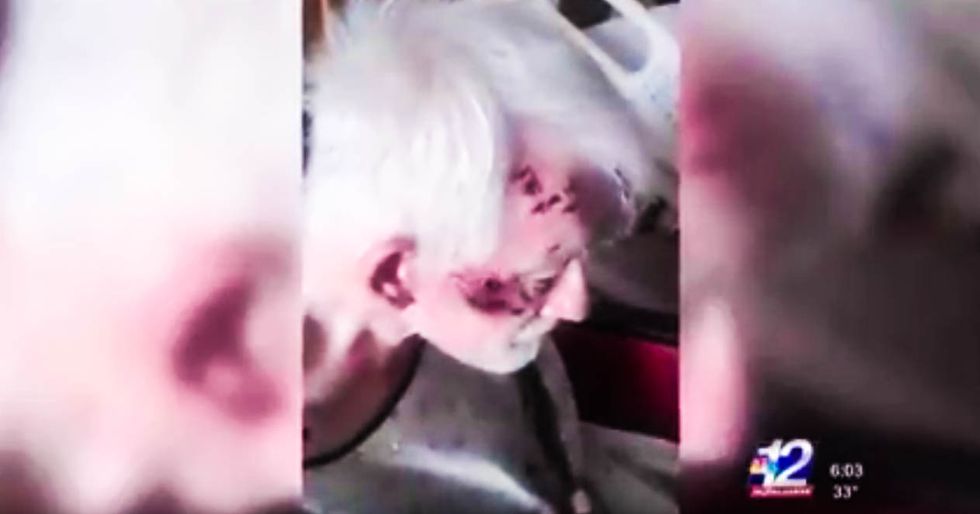 65-year-old Wisconsin resident Thomas Smith, who was hospitalized after police brought in a bomb squad to deal with his medical emergency (Screen cap via WJFW).

A Wisconsin man who called 911 seeking medical help was hospitalized after local police mistook his call for a hostage situation -- then detained him after sending the bomb squad to his house.

Local news station WJFW reports that 65-year-old Rhinelander, Wisc., resident Thomas Smith called 911 late last week because he was having a medical emergency. Smith, who has Parkinson's disease, is unable to speak, and thus had to respond to the 911 operator's questions by pressing buttons on his phone.

This apparently led to confusion, as the operator interpreted Smith's button presses as indicating he was being held hostage, instead of simply requiring medical help.

After this, a bomb squad team, special responders, and dozens of law enforcement officers rolled into his neighborhood. Authorities detained Smith until they realized he was seeking medical attention, at which point they gave him the necessary treatment.

However, Smith's family is nonetheless upset with the way police handled the situation, as they said the police ended up injuring him in the process of detaining him.

"He point blank was trying to get help and it was taken way too far, and now my dad is in the hospital," daughter Shannon Smith told WJFW.

"My dad does have cuts, scrapes on his head, a bump on his head, cut-up knees," son Alan Smith told the station. "He did say he was forced down, he was slammed to the ground."

Watch WJFW's report on the incident below.