'You have to question your humanity!': The View hosts clash over Trump's Syrian missile strike 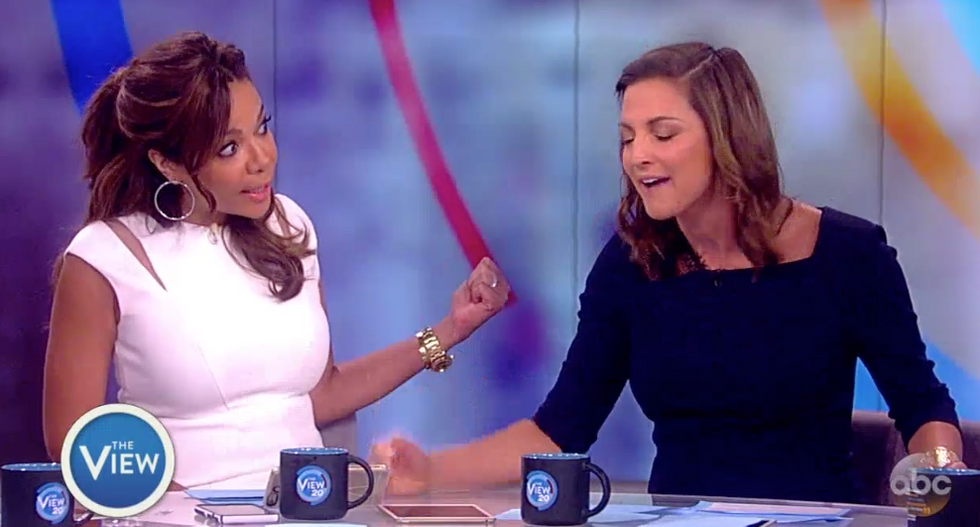 The hosts of the View on Friday clashed over Donald Trump’s decision to launch tomahawk missiles against Syria.

“I love what he did, I am very proud of President Trump,” Jedediah Bila, arguing that Trump was fulfilling the “red line” promise Barack Obama failed to follow through on.

“He went to Congress to get permission,” Joy Behar said of Obama, but Bila wasn’t having it, arguing that it was ultimately up to the former president to take action in Syria.

“If he had not gone to Congress, they would have impeached him,” Behar shot back.

“The bottom line is, if you look at the War Powers Resolution of 1973, it made it very clear that a president cannot act like this without approval from Congress,” former U.S. attorney Sunny Hostin explained. “President Trump did not have the authority to do this without Congress.”

Hostin later brought up Trump’s numerous tweets as a private citizen, urging then-President Obama not to engage with Syria.

“If you can’t allow yourself to be affected by looking at those pictures and the videos of those children not being able to breathe, you have to question your humanity!” an emotional Paula Faris charged.

“Please! This isn’t personal. It’s not about questioning anybody’s humanity!” Behar said. “We are talking about military operations, here.”

“It showed a dictator,” Hostin said. ”It showed someone willing to unilaterally act without Congress. And we have to be very careful with that.”