'Your dad lost here by 90 points': Colbert ridicules Trump Jr. for talking about running for governor of NY 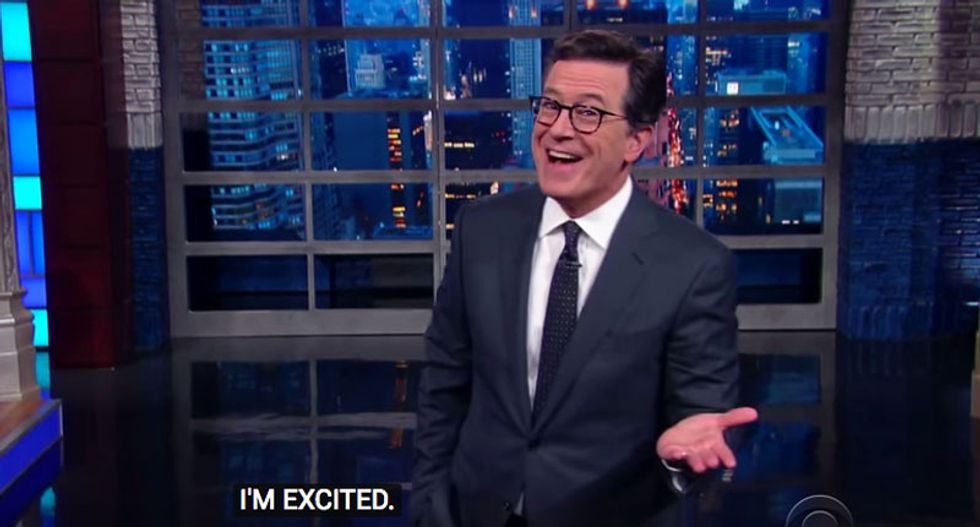 Late Show host Stephen Colbert gleefully hammered the eldest son of President Donald Trump on Friday night for floating the idea that he would be interested in becoming New York's next governor.

As the CBS host noted,  a Page Six column reported that Donald Trump Jr. told associates, "Going back to doing deals is boring after 18 months. The politics bug bit me,” before adding that the governorship of New York would be an appealing career move for him.

"What's the lovable scamp up to?" Colbert asked of Trump Jr. "Is he inventing a new hair-slicking technology?  Or sitting on a tree stump, daydreaming about a new endangered species to shoot? Who knows."

"No, according to Page Six, Donald Trump Jr. is considering a run for governor of New York," Colbert said as his audience booed and groaned. "Look, that is absurd and will never happen -- is what I would have said six months ago. Now, we are screwed."

Calling him "Trump the lesser," Colbert explained that the son of the president indicated he was "less interested" in running for mayor of New York City.

"Oh really? " Colbert quipped. "Less interesting to you? Considering your dad lost here by 90 points.? That's like an eighth-grader saying, 'Scarlett Johansson? Just not that interesting to me right now.'"