'Your kids aren't going over there': The View women slam Trump for week-long warmongering 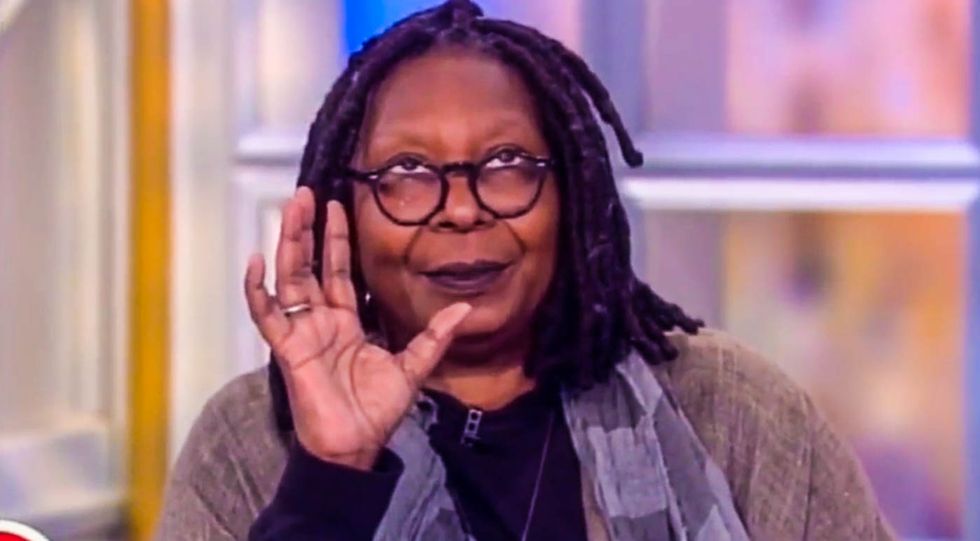 Most of the women of "The View" insisted that sensible diplomacy was the way to solve the North Korea problem and threats of a nuclear war. But co-host Jedediah Bila said that the U.S. has already attempted such a strategy and it clearly hasn't worked.

"We haven't had any issues but we've also had North Korea building up missiles -- long-range missiles -- and soon they will be able to attach a nuclear warhead to that, and we have tried it with Iran, and you wind up saying, 'You can't have weapons,'" Bila said Monday.

Co-host Joy Behar noted that we have a deal with Iran but Bila claimed Iran hides their weapons from us.

"Diplomacy is great and fantastic when you are not dealing with tyrants and people who seek to undermine our allies," Bila continued. "The alternative is to be tough and say, 'Look, if you are going to showcase a parade the day before mike Pence goes to South Korea, our ally, and you are going to showcase massive weapons that you hope and intend to aim at us, there will be consequences.'"

Co-host Whoopi Goldberg noted that the display of weapons trotting out in the streets is a normal weekly event in North Korea.

Dr. Sue Mi Terry, a former CIA analyst on Korea, would agree. In a discussion Friday with MSNBC's Rachel Maddow, Dr. Terry explained that this is nothing more than theater and a kind of display.

Behar warned this kind of saber rattling between two madmen -- Trump and Kim Jong Un -- could likely end in a nuclear holocaust.

"The idea that we tweak your nose when we're in the middle of two wars, we're trying to figure out what to do with Assad, because quite frankly, you know, everybody is all happy about the fact that we bombed over there," Goldberg said. "And this new guy says, 'Oh, yeah. I have changed my mind on how I feel on this.' Really? What does that do for all the people who have been trying to tell you why they were leaving their country? Have you changed your mind on that? That's the stuff I want to know," she continued talking about the Syrian refugees. "Refugees and just what the real world offers because tweaking people's nose, your kids aren't going over there."

Bila wanted to make it very clear that she does not support boots on the ground or democracy building or nation building in the countries but she does support dropping bombs on terrorist targets.

Co-host Sunny Hostin was concerned because she doesn't know what, if any, is the long-term plan for Syria and what happens after dropping the bombs.

Behar said she was alive during the Cuban Missile Crisis and was petrified the world would get blown up in a nuclear war. She explained that it bothers her that she knows as much as the president of the United States when it comes to Korea.

But many of the women decided that they were grateful Trump was leaving these decisions up to someone else.

'Your kids aren't going over there': 'The View... by sarahburris