'You've failed!' Seth Meyers blisters Trump for being 'too ignorant' to know his first 100 days are a disaster 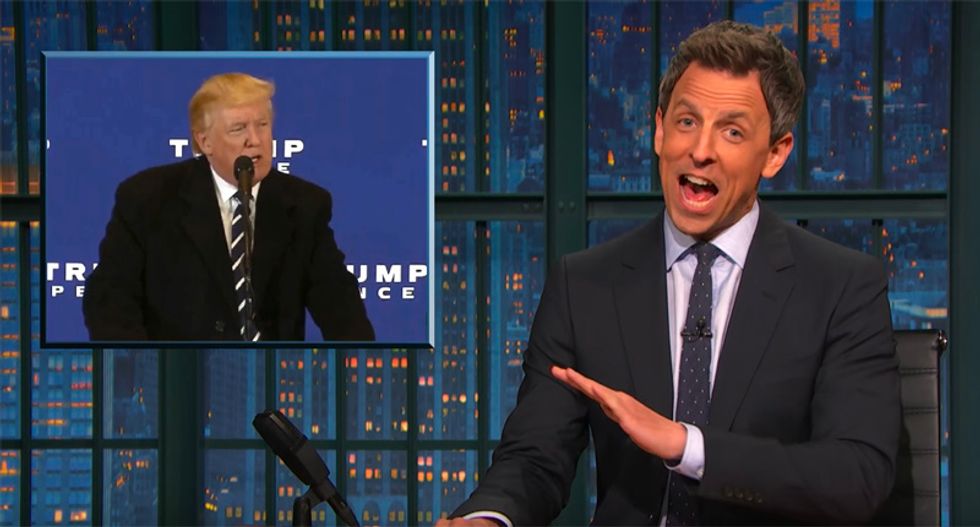 Late Night host Seth Meyers was little impressed with Donald Trump downplaying the significance of his First 100 Days after spending much of the campaign hyping the importance of the same, First 100 Days.

"As the 100 Day milestone nears, Trump has failed to deliver on almost every one of his major legislative promises," Meyers reported.

The NBC funnyman highlighted ignorance as a cause of the failure, "in fact, Trump is so ignorant, he's ignorant of his ignorance."

Last week, Meyers complained to the Hollywood Reporter about his frustration with trying to keep up with Trump.