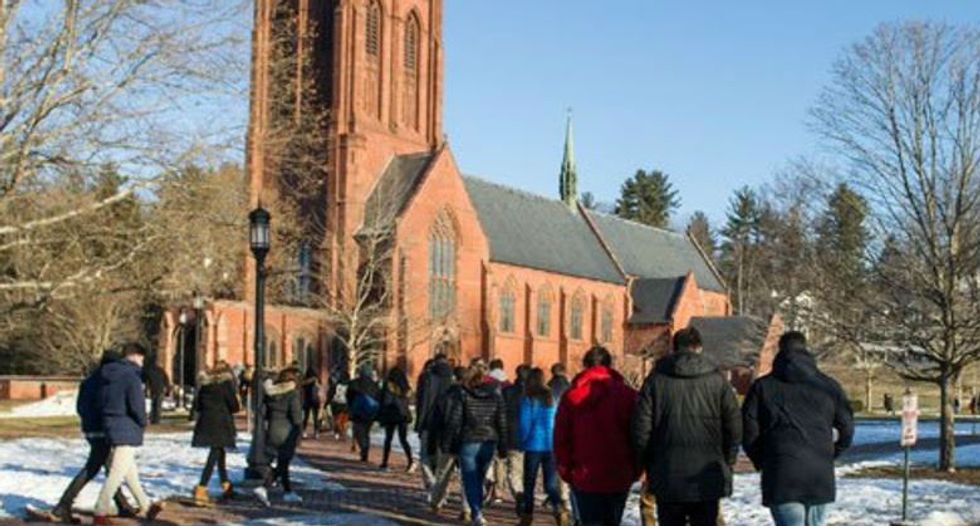 A shocking investigation into allegations of sexual abuse at St. Paul’s School in Concord, New Hampshire found "substantiated evidence" of abuse dating back to the 1940's.

According to the New York Times, 23 staff members (13 named and 10 more unnamed) were implicated in a report alleging sexual misconduct that dates back decades. The report was prepared by a Boston law firm based on their investigation into allegations of sexual misconduct on the part of St. Paul's staff.

The report, which was first obtained by the Boston Globe, has forced the school's administration to confront their scandalous past, but it's far from the first they've heard of it -- in 2000, during a reunion, alumni gathered to tell the school about abuse they suffered at the hands of 22 staff members, only to result in an open-and-shut investigation that only looked into allegations about three teachers.

"Learning what we've learned, knowing that people have been suffering as long as they've been suffering, it should have happened the right way in 2000," Michael G. Hirschfeld, who's worked as head of St. Paul's since 2010, told the Times.

The report was released by St. Paul's itself on May 21. According to the New York Post, the report's release occurred the week after former chaplain Howard “Howdy” White plead guilty to assaulting students in the 1970's.

According to both the NY Times and the NY Post, this report isn't the first time St. Paul's or similar elite private schools have been embroiled in sex abuse scandals. In 2015, a former St. Paul's student was tried and acquitted of raping an underage girl, and reports of similar abuse at another school in New Hampshire as well as schools in Rhode Island and Connecticut have rocked the private school world.