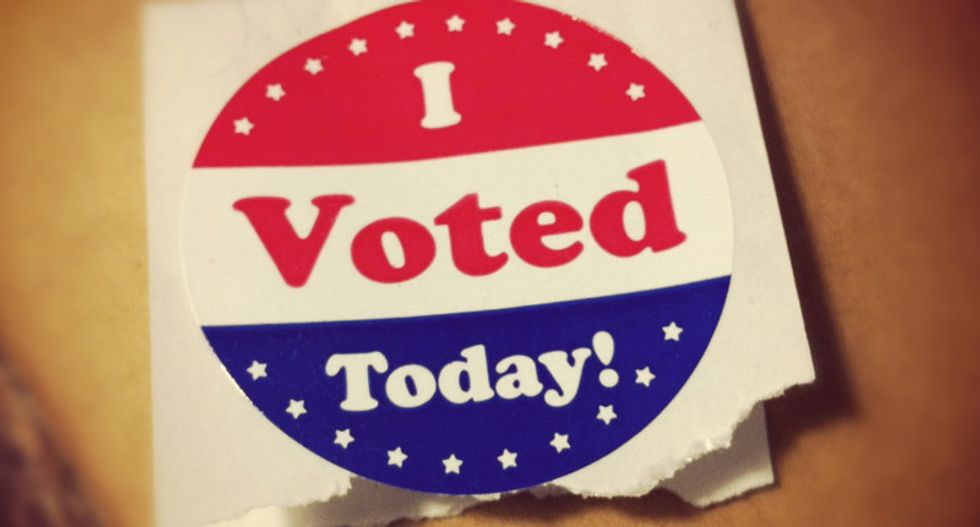 The American Civil Liberties Union sued New Hampshire on Wednesday after the state invalidated the absentee ballots of hundreds of voters in the November 2016 election, including a blind woman, because of mismatched signatures, the civil rights group said.

The lawsuit was brought against William Gardner, the state's secretary of state, and New Hampshire's voter signature-matching law, which the ACLU said violates the Constitution and the Americans with Disabilities Act.

"People should not be denied their fundamental right to vote because of penmanship but that's exactly what is happening in New Hampshire," Gilles Bissonnette, legal director of the ACLU of New Hampshire, said in a statement.

The state said it could not yet comment on the lawsuit.

"We haven't had a chance to review the court filing today, and until we do that we cannot make a comment," David Scanlan, New Hampshire's deputy secretary of state, said in a phone interview.

The ACLU's complaint, which was filed in U.S. District Court of New Hampshire, said people with disabilities are more likely to have signatures that have changed over time, an inability to sign the same way twice or require someone's help to sign.

New Hampshire's voter signature-matching law allows for the rejection of an absentee ballot if an individual's signature on the envelope does not match the one on the absentee ballot application.

As a result, more than 500 eligible voters have been disenfranchised in the past five years under the law, including many elderly and disabled people, according to the ACLU.

Mary Saucedo, 94, of Manchester, who is legally blind and is one of three plaintiffs listed in the ACLU lawsuit, is one of the voters whose absentee ballot was rejected because of questionable penmanship.

Saucedo had her husband sign both her application and ballot envelope. She said in a statement she was shocked and deeply disturbed when the ACLU told her that her ballot had been tossed out without notice from the state.

Julie Ebenstein, a staff attorney with the ACLU's Voting Rights Project, said the decision to discard a ballot is "essentially arbitrary."

"There are no transparent procedures for evaluating voter signatures," Ebenstein said in a statement. "New Hampshire cannot create barriers that prevent individuals with disabilities from voting and having their votes counted."

The lawsuit calls for the state to declare the law unconstitutional and restrain its enforcement. It also asks that the plaintiffs' absentee ballots be counted for the 2016 general election and that they be awarded the costs of filing suit.