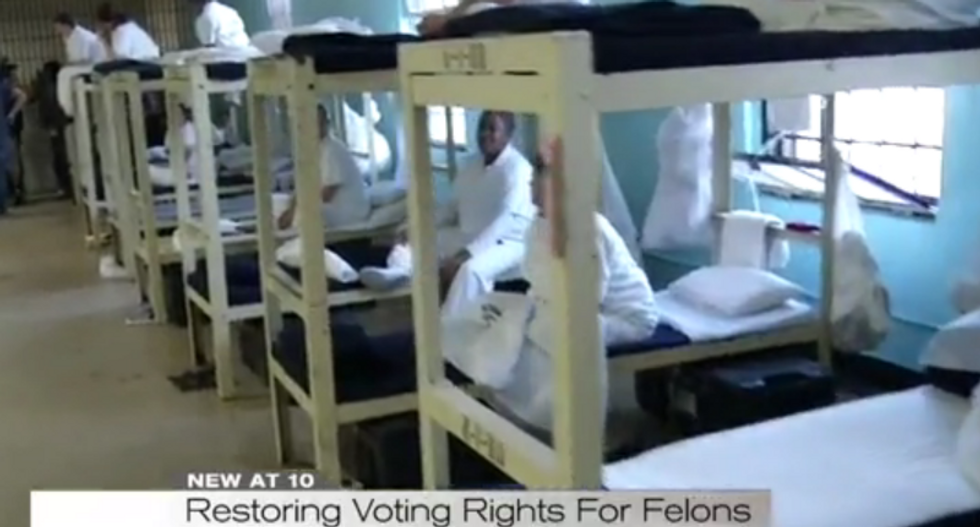 The governor of Alabama has signed into law a bill that will restore voting rights for some victims of racial discrimination.

Governor Kay Ivey signed The Definition of Moral Turpitude Act to deal with the continued harm of past Alabama racism.

The Huffington Post recounted the shameful history of "moral turpitude" being used as an excuse to disenfranchise citizens.

"During a 1901 constitutional convention openly called to establish white supremacy in the state, the Alabama constitution was amended to disenfranchise anyone who had committed a misdemeanor of 'moral turpitude,'" the Huffington Post explained. "The Supreme Court found the language unconstitutional in 1985. But lawmakers altered the language slightly ― making it apply only to felonies ― and reinserted it into the constitution in the 1990s."

Now the definition of "moral turpitude" has been legislatively clarified, many citizens of Alabama will be newly eligible to register to vote.

"Some 250,000 people were disenfranchised because of the law," the Huffington Post enumerated. "About 15 percent of the state’s African-American voting population and less than 5 percent of its white population."