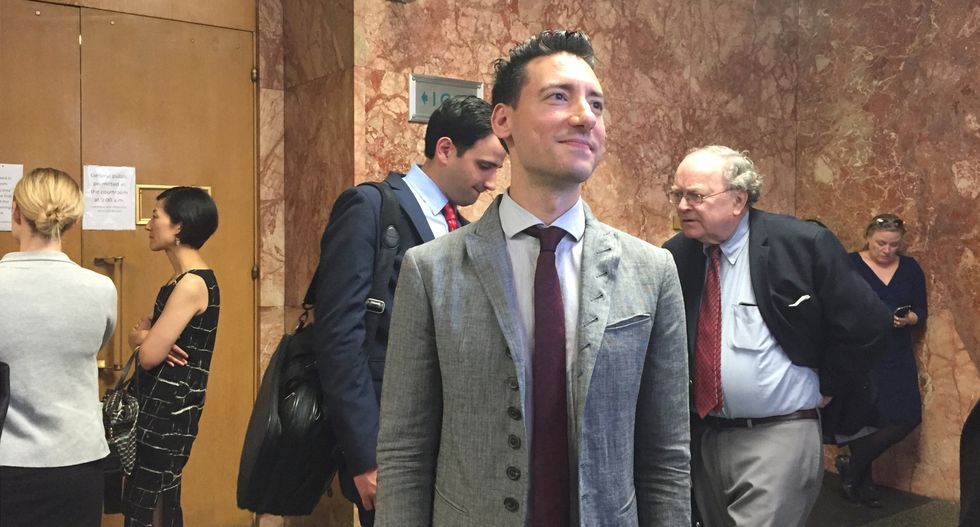 Lawyers for two anti-abortion activists who secretly filmed a conference of abortion providers while pretending to work for a fetal-tissue procurement company asked a California judge on Wednesday to dismiss eavesdropping charges against the pair.

Defense attorneys asserted in court papers that the criminal complaint brought by California's attorney general against David Daleiden, 28, and Sandra Merritt, 63, was insufficient because it failed to identify their alleged victims by name.

Daleiden and Merritt are each charged with conspiracy and 14 counts of invasion of privacy for creating false identities to infiltrate the abortion conference, then videotaping various conference participants and others without their consent.

The two are accused of fabricating a sham biomedical research firm, BioMax Procurement Services, to gain access to private meetings of the National Abortion Federation (NAF), Planned Parenthood and others affiliated with reproductive healthcare.

The individuals they taped are referred to in charging documents as DOE 1 through 14. Prosecutors filed identifying information in a sealed confidential attachment.

If the judge sides with the defense, finding prosecutors lack justification for keeping the alleged victims anonymous, the state could be forced to amend its complaint and reveal their names in order to proceed.

Daleiden, who runs the California-based nonprofit Center for Medical Progress, and Merritt, a fellow anti-abortion activist and retired teacher, have cast themselves as "citizen journalists" who employed well-worn undercover tactics of the news media to expose wrongdoing.

But prosecutors said Daleiden and Merritt engaged in computer hacking and criminal fraud to create false IDs and a bogus corporate entity - crossing lines that bona fide journalists would avoid.

The case stems from recordings made at an April 2014 NAF conference in San Francisco and several subsequent restaurant meetings in Los Angeles and El Dorado, California.

Distribution of those tapes and others from a 2015 NAF conference in Baltimore were barred under federal court order after NAF sued Daleiden's group in 2015.

But Daleiden has released other videos targeting Planned Parenthood purporting to show its officials trying to profit from the sale aborted fetal tissue, in violation of federal law.

Planned Parenthood accused Daleiden of using the videos to distort its practices, in which it lawfully seeks only to recover costs associated with fetal tissue donations for scientific research.

Daleiden and Merritt were indicted in January 2016 for using illegal government identifications to secretly film a Planned Parenthood facility in Texas, but that case was dropped. Both are slated for arraignment in the California case on June 8.

Daleiden surrendered to authorities last month under an arrest warrant and was released on $75,000 bond. Merritt was taken into custody at the court on Thursday and was expected to post bond later in the day.