‘Are you tired of winning so much?‘: Morning Joe says Trump’s ‘chaos’ will doom GOP to defeat 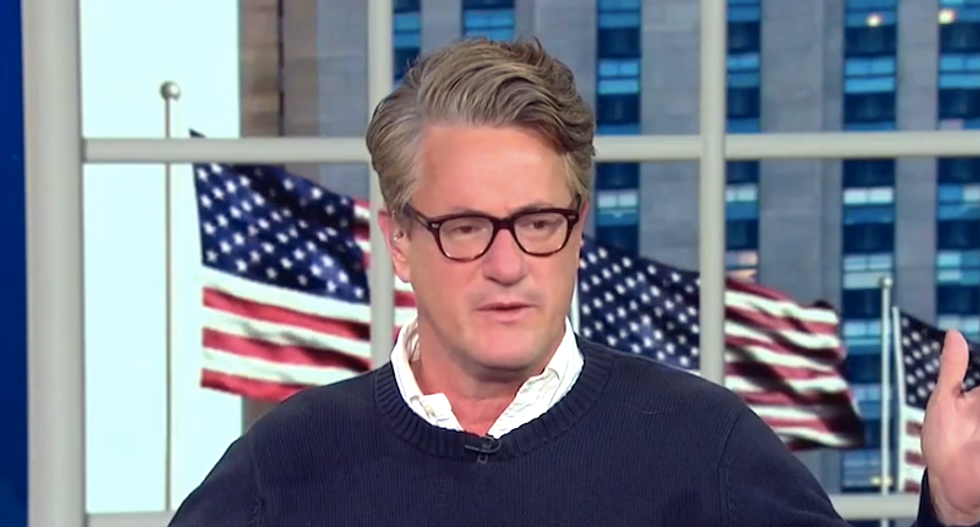 MSNBC's Joe Scarborough said voters might not punish Republicans for defending President Donald Trump's ties to Russia and attacks on the rule of law -- but they'll hold the GOP accountable for legislative failures.

"What people in middle America are focused on are jobs and the performance of this president and the performance of this Republican Congress," he continued. "I mean, of course people care about all that, but I say, at the end of the day, somebody's not going to go into a voting booth and say, 'Hmm, he said something bad about a judge in Hawaii. They're going to say, 'What have they done to get me back to work?'"

The "Morning Joe" host slammed Trump as "a rank amateur," and he said his failure to achieve any legislative successes would hurt Republicans more than his continuing scandals.

"He creates so much chaos that there's just absolute dysfunction," co-host Mika Brzezinski said. "You have a candidate that promised to make America great again, to rebuild the military."

Scarborough interrupted, and threw another Trump campaign promise in the president's face.

"It's exhausting," she said. "I think everybody, Americans who really are hurting out there were expecting more from this president and probably are feeling a bit uneasy, whether they're ready to say it or not. If you listen to what happened on Capitol Hill yesterday, it doesn't make things better."