‘Basically chaos at all times’: Trump mulls ‘changes’ as yet another scandal engulfs White House 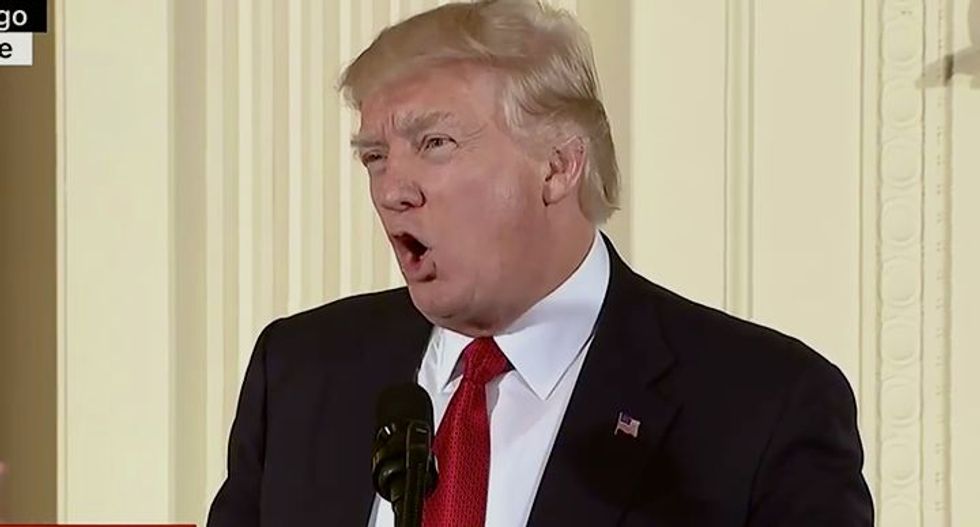 Donald Trump’s White House is back in chaos mode Tuesday as the administration deals with the fallout from a bombshell Washington Post report that the president revealed “highly classified” material to the Russian ambassador and Russian foreign minister during a closed-door Oval Office meeting last week.

Despite pushback from the White House, the Post’s report has been independently corroborated by both the New York Times and BuzzFeed.

According to Politico, after the maelstrom Trump initiated last week by abruptly firing former FBI director James Comey then inviting Russian officials to anOval Office, aides were hoping for a calm week at the White House as the president prepares for his first trip overseas.

But just as the dust settled from last week’s tumult, Trump faced yet another crisis of his own creation Monday night.

One Trump adviser insisted the president’s disclosure of classified information occurred because the president “doesn’t really know any boundaries.”

"He doesn't sometimes realize the implications of what he's saying,” the adviser told Politico. “I don't think it was his intention in any way to share any classified information. He wouldn't want to do that.”

Another said Trump often freewheels his conversations—fueled by emotion—”and then doesn't realize what a clean-up job it's going to be."

But multiple reports indicate the president is aware his administration cannot continue in such turmoil.

According to the New York Times’ Maggie Haberman, Trump spent Monday—before the Post story dropped—“phoning outside advisers, saying he knows he has to make changes but isn't certain what to do.”

He is reportedly considering a massive shake-up to his administration. Encouraged by son-in-law Jared Kushner, those changes reportedly include shaking up his communications team and doing away with chief White House counselor Steve Bannon and Chief of Staff Reince Priebus.

For the White House staff, officials told Politico they hope the president can avoid any major changes before he travels abroad Friday.

"If we could get this trip done well, people would forget about the Comey stuff, and we could probably weather it," one official said.

Still, as one official said, “It would be odd if President Trump wasn't considering changes in a time of crisis.”