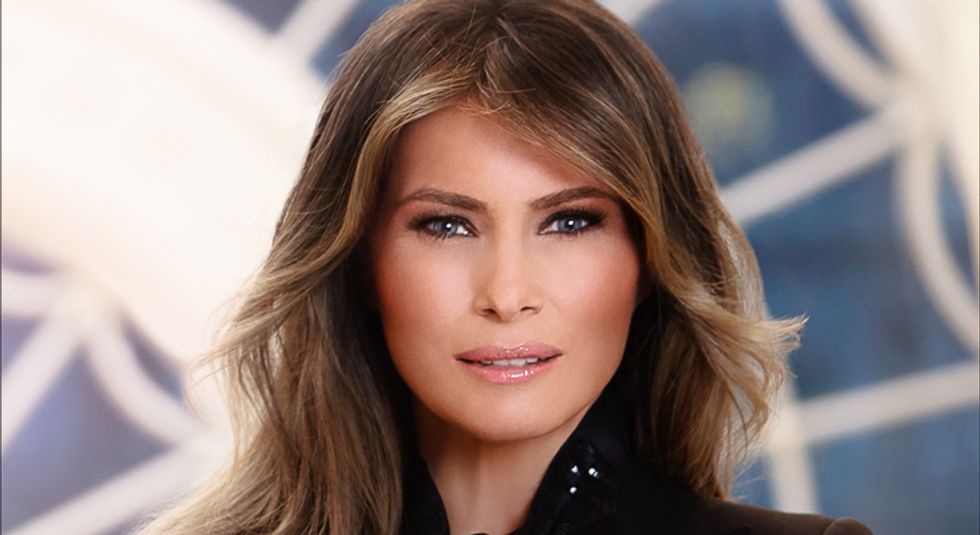 As her reality TV star husband meets many of his Western allies for the first time as U.S. president on Thursday, Melania Trump will be offered a different take on the surreal by her hosts in Brussels.

The first lady, a Slovenian-born former model, will tour a museum dedicated to Belgian surrealist painter Rene Magritte in the company of wives of other national leaders who will be attending a summit of the NATO military alliance across town.

Famed for works like the 1964 "self-portrait" of a bowler-hatted man whose face is hidden by an apple or the image of a pipe subtitled "Ceci n'est pas une pipe" (This is not a Pipe), Magritte has much to teach the world about questioning outward appearances, and about self-effacement, Belgian organisers said.

"You never know," museum director Michel Draguet said ahead of the first lady's visit. "Maybe Donald Trump will move from one kind of surrealism to another, thanks to Magritte's ideas."

The outspoken 70-year-old wealthy businessman and TV celebrity stunned many U.S. allies by entering the White House in January. He has broken a mould among world leaders with a style that offers little evidence of self-doubt and ideas that run counter to received wisdom among Western diplomats.

His 47-year-old third wife will be joined by other NATO spouses including the devoutly Muslim wife of Turkish President Tayyip Erdogan; Brigitte Trogneux, who met Emmanuel Macron when she taught the new French president in school; and Gauthier Destenay, who is married to Luxembourg's gay prime minister.

Trump's first foreign tour, which has so far taken him to Riyadh, Jerusalem and Rome and will end this weekend at a G7 summit in Sicily, has been presented by aides as reassuring allies that Washington remains a reliable partner under a head of state who faces a series of ethics questions back home.

For Charles Michel, the 41-year-old Belgian premier whose partner will show the first ladies around Brussels, an itinerary that also takes in a storied maker of leather handbags and tea at the palace with the queen is also a chance to show those close to power a host country keen to punch above its weight.