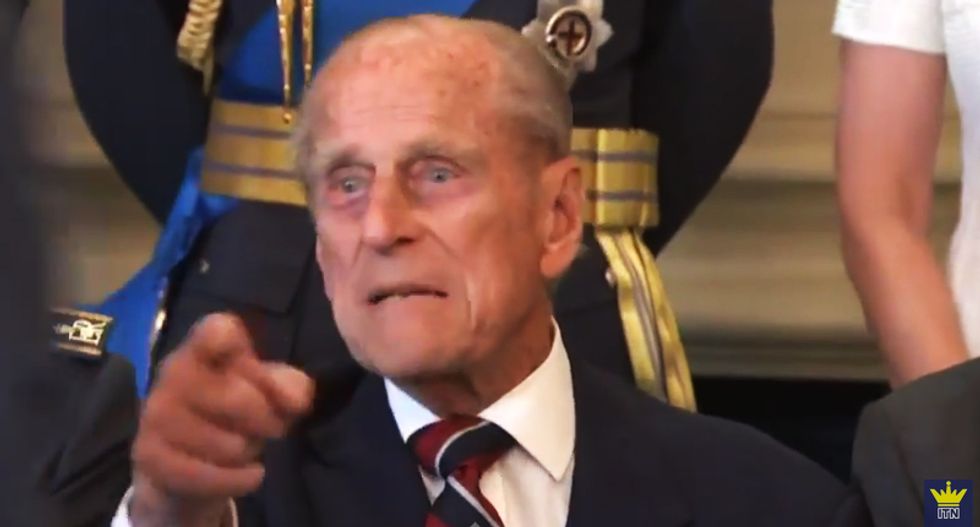 The Duke of Edinburgh, who turns 96 on June 10, is the longest-serving consort in British history, and is still in good health.

But he has been reducing his workload in recent years, and said in 2011 that "I reckon I've done my bit, so I want to enjoy myself a bit now".

Philip conducted 219 royal engagements last year, and was in good form when he opened a new stand at Lord's cricket ground in London on Wednesday.

"You're about to see the world's most experienced plaque-unveiler," he quipped just before pulling the cord to part a small curtain.

The former naval officer's no-nonsense approach combined with his infamous and often politically incorrect off-the-cuff remarks has not made it easy for people to warm to his style.

But his unwavering, forthright style and devotion to duty and the queen has endeared him to the nation.

"His Royal Highness The Duke of Edinburgh has decided that he will no longer carry out public engagements from the autumn of this year," the palace said in a statement.

"In taking this decision, the duke has the full support of the queen."

It said he would attend previously scheduled engagements until August, and would not accept any new invitations thereafter.

However, "he may still choose to attend certain public events from time to time", it said.

No fuss, no nonsense

Philip has been ever-present at his wife's side since she took the throne in 1952.

They married in 1947 and will celebrate their 70th wedding anniversary on November 20.

It is likely that the monarch will be accompanied by younger members of the royal family on future engagements.

Prince William, second in line to the throne, has already announced that he is leaving his job as an air ambulance pilot this year in order to undertake more royal duties.

The announcement followed a meeting of royal staff from around Britain -- a rare gathering which prompted global speculation about the health of the monarch and her husband.

"Her Majesty will continue to carry out a full program of official engagements with the support of members of the royal family," the palace stressed.

Like her husband, Queen Elizabeth has gradually cut back her workload in recent years as they go into their nineties.

But she made a sacred vow before God and her people at her 1953 coronation to serve for life, which experts say she considers unbreakable.

She also witnessed how the monarchy was placed in peril by her uncle king Edward VIII's abdication in 1936.

Philip is patron, president or a member of more than 780 organisations, and while he will maintain his association with them, he will "no longer play an active role by attending engagements", it said.

The duke carried out royal duties on 110 days last year -- more than his grandchildren Princes William and Harry.

His 219 engagements last year were made up of 101 official visits, 91 receptions and 21 other engagements.

They were all carried out in Britain as Queen Elizabeth and the duke have cut down their overseas travel.

They made state visits to Germany and Malta in 2015 but have not left Europe since their visit to Australia in 2011.

In her statement, May paid tribute to Philip's contribution to public life.

"From his steadfast support for Her Majesty the Queen to his inspirational Duke of Edinburgh Awards and his patronage of hundreds of charities and good causes, his contribution to our United Kingdom, the Commonwealth and the wider world will be of huge benefit to us all for years to come," she said.