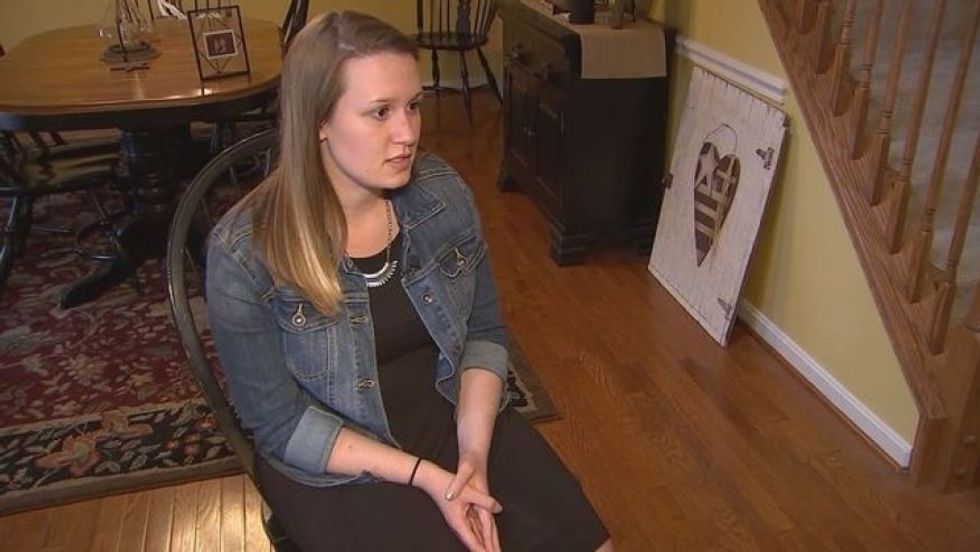 Maddi Runkles, an 18-year-old senior whose school barred her from graduation after learning of her pregnancy (Screen cap).

A Christian school is defending its decision to bar a pregnant teenager from taking place in its graduation ceremonies.

The Washington Post reports that Heritage Academy, a Christian school in Hagerstown, Maryland, will not allow senior Maddi Runkles to attend graduation this year after she discovered she was pregnant earlier this year.

David R. Hobbs, the school's principal, justified the decision in a letter to Runkles in which he emphasized that she is being barred from graduation "not because she is pregnant but because she was immoral." The principal also said that "the best way to love her right now is to hold her accountable for her morality that began this situation."

Despite his criticism of Runkle, Hobbs did add that he and the school are "pleased that she has chosen to not abort her son."

Some anti-abortion activists have called out the school for its decision to publicly humiliate Runkles for her pregnancy, as March for Life President Jeanne Mancini told the Post that such shaming could result in more pregnant teens getting abortions so they don't have to endure such punishments.

"What she needs is support, and what the school is doing is really the opposite of that," she said. "It’s the antithesis of what it means to be Christian."