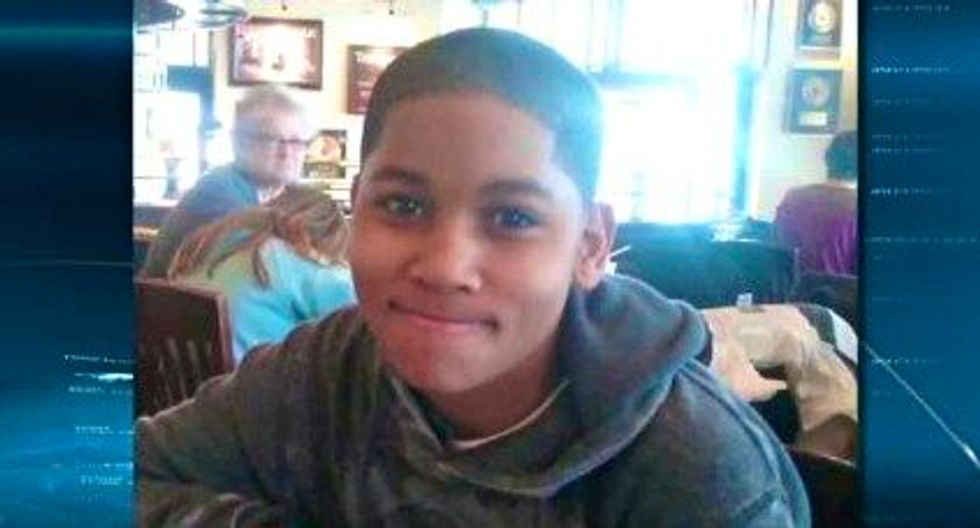 An Ohio police officer who fatally shot a black 12-year-old boy in 2014 was fired on Tuesday after an internal investigation found he provided inaccurate information on his application to join the police, city officials said.

Timothy Loehmann, a rookie with the Cleveland Division of Police, shot Tamir Rice, who was playing in a playground with a toy gun that fired pellets.

It was one of a string of killings that fueled protests against use of deadly force by U.S. police, particularly against minorities.

"Patrol Officer Loehmann had been charged with rule violations concerning his application process to be considered a cadet with the division of police, specifically answers he had provided on his personal history statement," Cleveland Director of Public Safety Michael McGrath said at a news conference.

Those violations had been confirmed during an investigation that included a disciplinary hearing on May 2, McGrath said.

Frank Garmback, a second officer involved in the shooting, will be suspended for 10 days for improper tactics and receive additional tactical training, McGrath said.

"What we don't see ... is any mention of accountability for the people at the city who permitted Loehmann to become an officer to begin with," Subodh Chandra, an attorney for the Rice family, was quoted as saying by local NBC affiliate WKYC-TV.

"There's absolutely not a hint of that. There's no explanation, there's no accountability ...," he said.

The Cleveland Police Patrolmen's Association, the union which represents officers, is expected to address the disciplinary measures later on Tuesday, local media reported.

In 2015, a Cuyahoga County grand jury declined to charge Garmback or Loehmann.

In March, a Cleveland police dispatcher was suspended for eight days for failing to warn officers that a 911 caller had described the scene at the playground as probably a child with a fake gun.

Cleveland officials agreed to pay $6 million to settle a lawsuit filed by Rice's family in April 2016.

(Reporting by Timothy Mclaughlin in Chicago; Editing by Chizu Nomiyama and James Dalgleish)