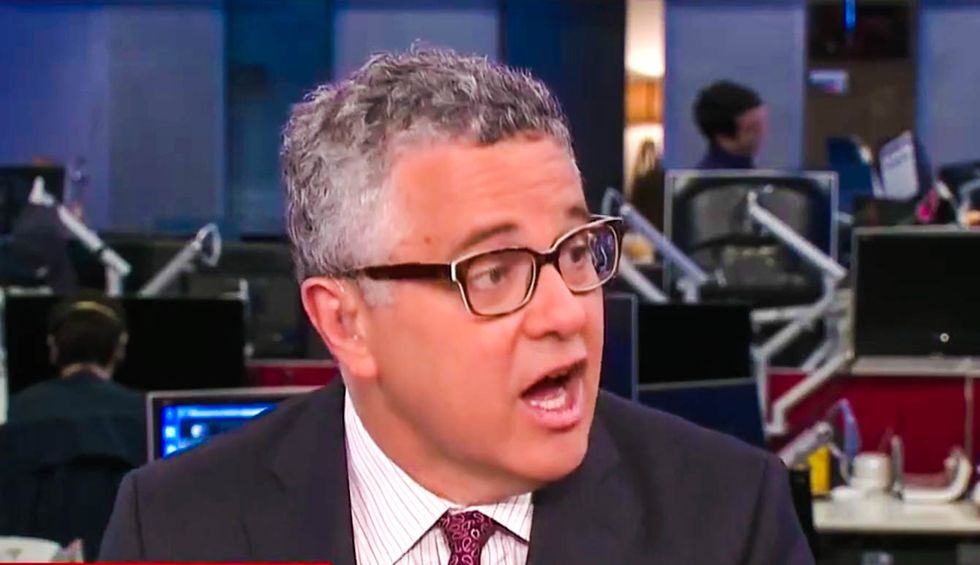 CNN's legal analyst Jeffrey Toobin said Tuesday that the issue of retired Lt. Gen. Michael Flynn and President Donald Trump's other staffers with ties to Russia is like a fiction thriller. The problem is, it's real.

"It is like something out of a spy novel," Toobin began. "The attorney general of the United States going to the lawyer for the president saying the closest national security aide to the president may be under the control of the Russians. Just think about that."

"It also illustrates the larger issue that why were so many people involved in the Trump campaign whether it's Manafort, Carter Page or Roger Stone or Mike Flynn, why were they all involved with the Russians? Why did so many of them make false statements about it?" Toobin asked.

Co-host Chris Cuomo repeated a comment he made earlier to Trump supporter Anthony Scaramucci that each time they hear anything about Russia all they hear is "bad for Trump."

"And that's why they cannot separate the two components of this investigation and the president keeps dismissing the Russia investigation is because of his concerns what it means for him politically and that's dangerous because they were effective with what they did," Cuomo said.

'It's like something out of a spy novel': CNN... by sarahburris