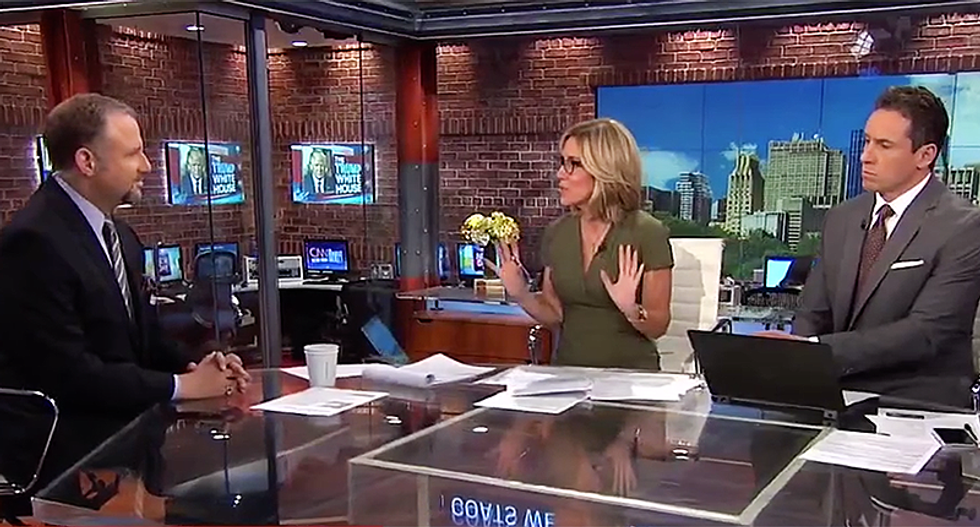 Former Trump advisor Gov. Chris Christie (R-NJ) is speaking out against Flynn and talking about his lack of trust. "New Day" host Alisyn Camerota asked the Washington Examiner columnist about the times Trump mocked or attacked aides of former Secretary Hillary Clinton for pleading the Fifth Amendment, "the right to remain silent." Flynn has declared that he intends to plead the Fifth.

"What is it about Michael Flynn that the president has seemed so protective of or affectionate towards, when people like Chris Christie are popping up saying 'I never trusted that guy?'" Camerota sked Drucker.

"I think he's really been a cancer on this president and on this administration," he said flatly. "Almost all of the president's troubles that are not self-inflicted -- when it regards to the transition and the first few months, and Russia -- all emanate from Michael Flynn. His past dealings, what he didn't disclose, what he did, how that may have influenced policy. The best thing Trump ever did, while he might have done it under duress, was fire Michael Flynn."

Drucker noted that it was interesting the differences between the way Trump treated Flynn vs. former FBI director James Comey.

"Although he wasn't a member of the armed forces, he served in law enforcement and at the Justice Department was in public service -- and how he has trashed James Comey for weeks to justify his firing," Drucker continued. "And none of it makes any sense when you look at the problems Flynn has caused verses the problems that Comey has caused at this point."