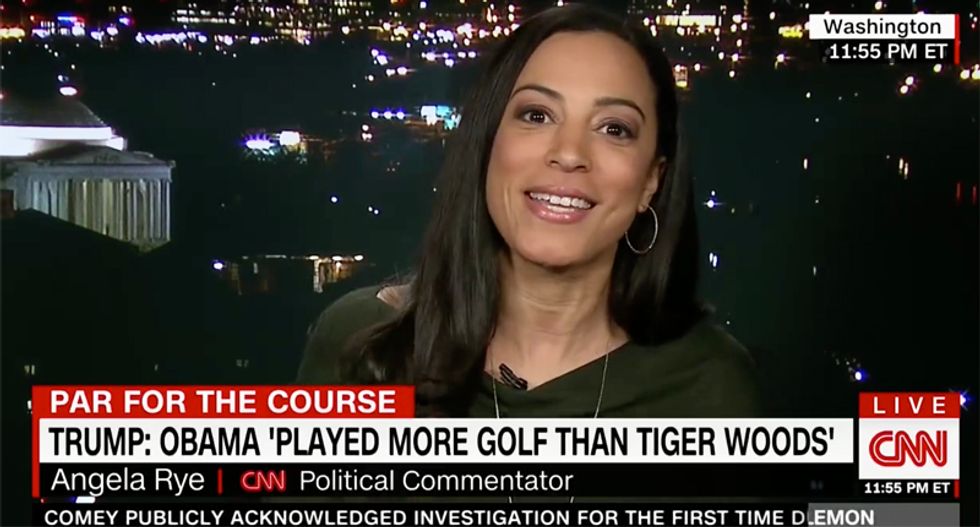 CNN’s Angela Rye on Monday slammed Donald and Ivanka Trump for rolling back former First Lady Michelle Obama’s signature initiatives—including the “Let Girls Learn” program—arguing, “this is why he’s not a fighter for families.”

“When you able to look at a country’s budget, you are able to look at what their priorities are,” Rye explained to Jeffrey Lord and host Erin Burnett. “The real truth is that this has never been a priority for Donald Trump.”

Turning specifically to Ivanka Trump, Rye pointed out “she says she wants to shore up women’s entrepreneurship, she’s not going to be able to do that when this a slap in the face to girls all over the world.”

Rye later argued that as someone “who has bragged about sexually assaulting women,” Trump “needs to do everything he possibly can do to strengthen platform for young girls, whether it’s in the STEM field, whether it’s in higher education, it’s in entrepreneurship, he doesn’t need to take anything away form these kids.”