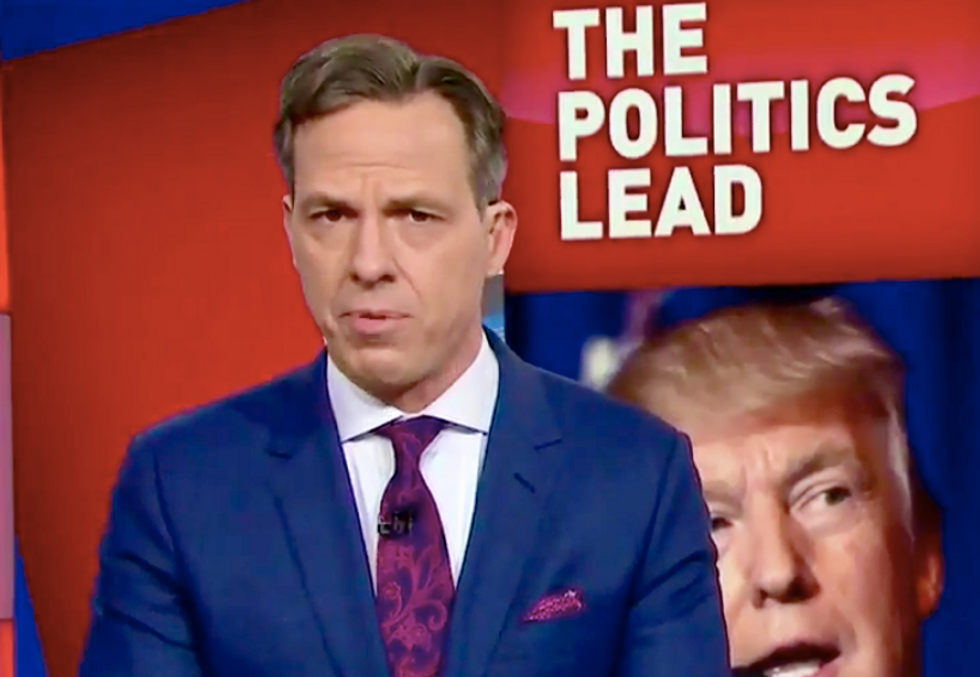 CNN's Jake Tapper said on Wednesday's edition of "The Lead" that a source told him that President Donald Trump fired FBI Director James Comey for two reasons: One was that the FBI probe was heating up and the other was the fact that Comey refused to pledge his personal loyalty to the president in the investigation.

In an essay at CNN.com, Tapper laid out the evidence.

"The official White House version of what happened is that deputy Attorney General Rod Rosenstein, fresh on the job, wrote a memo expressing concern about the way Comey had handled the Hillary Clinton email investigation," Tapper said. "But mounting evidence suggests Comey was actually fired because of the Russian investigation."

"White House officials tell CNN the president had been considering firing Comey since he took office, but most intensely for at least a week before Tuesday's fateful decision," wrote Tapper. "Comey testified May 3 to the Senate Judiciary Committee about the Clinton email investigation and the Russia election investigation."

He elaborated during Wednesday's edition of "The Lead."

The FBI investigation into whether Trump's campaign and transition team colluded with Russian officials, Tapper said, "That's still not only an active investigation, it's actually accelerating."

How GOP megadonors 'got beat up hard'

In the 2022 midterms, billionaire Peter Thiel donated millions of dollars to MAGA candidates, CNBC reports. But journalist Tom Perkins, in an article published by The Guardian on December 6, stresses that the GOP megadonors who invested heavily in MAGA candidates got very little in return for their money, including Thiel.

“Some donors who spent eight figures notched zero wins in the Senate, while others spent far more money on losing candidates than winners,” Perkins explains. “In the midterms, some of the biggest losers were Republican donors. Among the clearest of those losers is Mehmet Oz, who self-funded much of his own failed run for office — loaning his Pennsylvania U.S. Senate campaign about $22m, or about 55 percent of the roughly $40m he raised. Meanwhile, candidates backed by Peter Thiel, the right-wing tech investor hyped pre-election as a new GOP ‘kingmaker,’ lost in Arizona and Washington, calling into question his judgment and contributions’ value.”